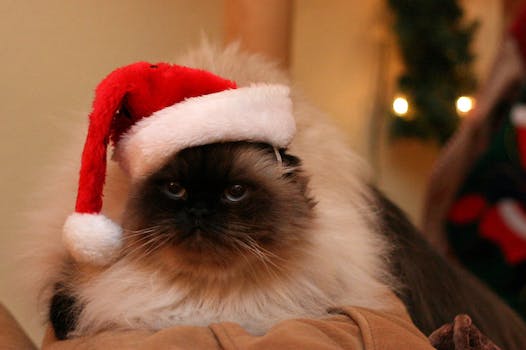 If you still want to believe in Christmas magic, there’s an app for that

Everyone knows that Santa doesn't exist, so why do we track his movements anyway?

Legend has it that on a December day in 1955, Col. Harry Shoup was startled by a call on the phone in his office at NORAD (then the Continental Air Defense Command). When he picked up, a young voice asked him “is this Santa Claus?” Initially irritated, the Colonel finally broke down, played Santa, and asked to speak to the young gentleman’s mother—who pointed him to a misprint in the newspaper inviting people to call what turned out to be a secret military number to talk to Santa.

The calls snowballed from there, leading CADC command to start fielding the phones while tracking Santa and updating local media with his whereabouts. Today, NORAD Tracks Santa is an international phenomenon—and the tradition of otherwise staid military, media, and law enforcement organizations joining in with the Santa tracking game has grown ever larger—talk about the rise of surveillance culture. We can follow a guy in a sleigh around the globe and it took 10 years to track down bin Laden?

We’re all a little obsessed with knowing where Santa is, whether we believe in him or not. The amount of time and energy dedicated to the subject by grown adults who are fully aware that presents most certainly aren’t delivered by Santa or his elves is an impressive testimony to our collective desire to cling to the traditions of our childhood. While Santa’s completed his rounds for 2014, rest assured that that Santa tracking will be even bigger in 2015.

Curious members of the public could follow Santa on Google as well as NORAD this year, with the two mighty organizations facing off against each other with the hottest in geo-tracking capabilities (even Microsoft put in an effort). There were, of course, Santa tracking apps. Meanwhile, law enforcement agencies reported variations on “large white male with a snowy white beard dressed in a red and white suit and cap, red jacket with white fur trim, being pulled in a sleigh by eight reindeer” over their scanners. Santa was even pulled over and released in Arizona during one Christmas season.

There’s a North Pole Post Office and the USPS provides North Pole postmarks (at least parents don’t have to resort to devious spy tricks to make their mail from Santa look authentic). And yes, air traffic controllers receive special training on handling Santa—meanwhile, Maj. Gen. Charles D. Luckey, who commands NORAD and U.S. Northern Command, took time to address Santa’s clearance for American airspace and prioritization in air traffic queues. The AP reports, “Dressed in fatigues, he told one caller in Virginia about plans to keep the sleigh on schedule despite rain in the area. ‘We’re going to put Rudolph back in front coming across the Atlantic, and we’ll keep him in front for the eastern seaboard so we can try to make up a little time here.’”

The media join in the fun annually as journalists stuck in the newsroom report on Santa’s movements and joke around with each other about whether he’ll have a present for tired editors at the end of their shifts. While Santa trackers across the board tend to get tongue in cheek, as do journalists, sometimes their updates come with a bit of sharp commentary—NORAD, which was tweeting updates throughout the night, had this to say about Santa’s travels over North Korea:

Santa just tracked over Pyongyang, North Korea. Though its leaders may be naughty, the children are still nice. @NoradSanta

Fans tuning in for various Santa trackers have swelled considerably in numbers—the NORAD Tracks Santa Facebook was well on track to beat out its 2013 follower and engagement record before St. Nick had even hit U.S. shores last night. In 2013, 117,000 people called NORAD’s Santa Hotline—and in an era when the Cold War seems more distant than ever, the need for air defense might seem even more quaint than the idea that a man in a large red suit goes barrelling through the skies every December, so perhaps it’s not surprising that NORAD gets so into the spirit of things.

The love for goofing around on Christmas Eve seems like it’s all in good fun, but it speaks to something else, too: the earnest adult desire to retain some of the magic of childhood, something that may be particularly acute for parents watching their children grow up. Christmas Eve is perhaps the only day each year in which people of all ages are invited to indulge in the myth of a gift-giving figure traveling the world on a flying sleigh. The ubiquity of Christmas worldwide means that a not insignificant percentage of the population gets involved to some degree or another in the Santa mythology, whether they’re perpetuating a myth for their kids or genuinely having fun with the concept.

There’s an eternal debate over when to tell children about Santa—and whether it’s okay to tell little white lies like this to children in the first place. But, oddly enough, kids actually seem less devastated about the whole Santa thing than their parents do when the truth comes out. In a 1994 study, Carl Anderson and a team of researchers took a look at the science of Santa and they were surprised by what they found out. 62 percent of kids felt “happy” when they learned about Santa—only eight percent of parents shared the sentiment. Four percent of parents were “relieved,” but 46 percent of child respondents expressed that emotion.

“When I thought about my sons not believing the other day,” parent Caroline Jorgenson told PBS, “I suddenly felt sad. When they don’t believe, then it changes Christmas for me, too, doesn’t it? Completely. I lose the magic, too.” She expressed the point that many parents do: Santa has become a part of not just the cultural mythos, but family traditions, which makes the big reveal bittersweet for parents and kids alike. While kids may feel like someone lied to them, parents feel like an important marker of childhood innocence has just dissolved.

Evaluating the collective adult dedication to following Santa’s moves on Christmas Eve, I think it’s time to own up. We don’t do it because we want to maintain some kind of plausible fiction for the few kids who aren’t wise to the pretty obvious game yet; we do it for ourselves, because a small part of us still wants to believe.