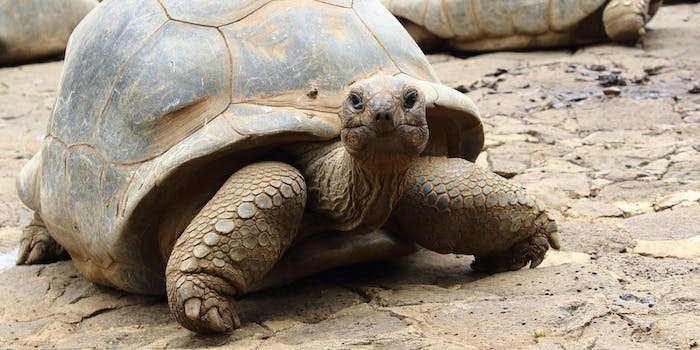 Tortoise opens a door and lets himself into a house

Slow and steady gets inside.

Slow and steady wins the race—and opens the door to someone’s house.

Jeffrey, the tortoise seen in the video below, really wants to go inside. Perhaps he just wants to Netflix and chill on the couch instead of dealing with nature. Regardless, he’s persistent.

While it might take a bit to finally get the screen to slide open, Jeffrey doesn’t give up. But he also doesn’t close the door, which is super annoying because now the cat might get out. Way to go, Jeffrey.