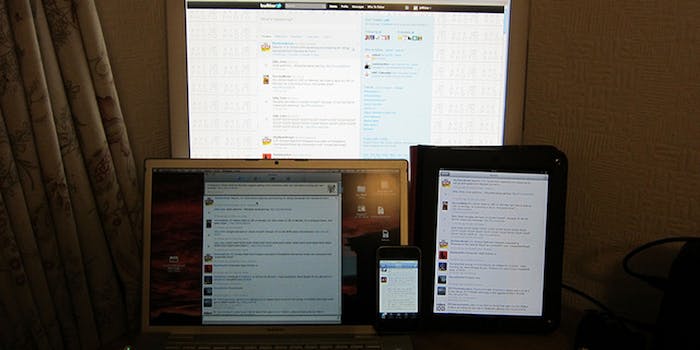 Could a Toronto man's trial change the way we think about harassment on Twitter?

Amanda Hess wrote an excellent piece this week about being a woman on Twitter, and the harassment—often in the form of rape and death threats—she and countless others deal with. It was a frustrating read, not because there were any holes in her argument but because often law enforcement is no help against “virtual” harassers. When Hess called 911 after reading a tweet from a harasser who claimed, “You are going to die and I am the one who is going to kill you. I promise you this,” the responding officer didn’t even know what Twitter was.

Yesterday, a 52-year-old Toronto man named Gregory Alan Elliott was in court facing three counts of criminal harassment related to messages he posted on Twitter. Toronto activist Stephanie Guthrie claims Elliott began harassing her via Twitter after she ended a business relationship with him, and she began to fear for her safety. Charges were brought against him in November 2012. Two other women came forward last January with complaints as well. Guthrie identified herself via Twitter in November 2012.

“The only difference is the way people think about it.”

He added that this is the first time, to his knowledge, that Twitter has been cited exclusively in a criminal case, though two people just pled guilty to sending threatening tweets to British activist Caroline Criado-Perez last year.

That more courts are beginning to acknowledge Twitter as a legitimate source of harassment is a step forward. However, there’s also the matter of proving victims felt threatened and feared for their life, which gets more difficult when there’s not a clear definition of the line between trolling and harassment with intent to harm. Zvulony said the defense could easily assert that the woman was “overreacting.”

Elliott’s account is still active. There’s been no activity since Nov. 21, 2012, but a scroll through his timeline offers more than a few conflicted tweets. This morning, several women on my Facebook newsfeed recounted their “interactions” with Elliott on Twitter. He liked to challenge women on their feminist views. Many blocked him.

Last month, when Twitter announced it would be altering its “block” function, the backlash was so overwhelming the comapny was forced to backtrack on the decision. Even the heads of Twitter didn’t quite understand the extent of this problem.

In addition to Hess’s piece this week, there were other reminders of this problem. Sarah Silverman retweeted a rape threat from a follower yesterday; fellow comedian Lizz Winstead told Raw Story about her own experiences with rape and death threats. She’s fond of retweeting her harassers, but her ultimate reason why is troubling:

“I want them to know they’re not in a vacuum. And look, I don’t know how many of you are sitting in a basement being a goon, and how many of you think you’re warriors who think I’m killing babies and need to be stopped. I don’t know, but if something happens to me, maybe it will help explain it if I’ve retweeted these guys.”

The trial is still in progress, but if Elliott is convicted, it could set a precedent for future cases of online harassment and change the way law enforcement—and, hopefully, harassers—think about it.