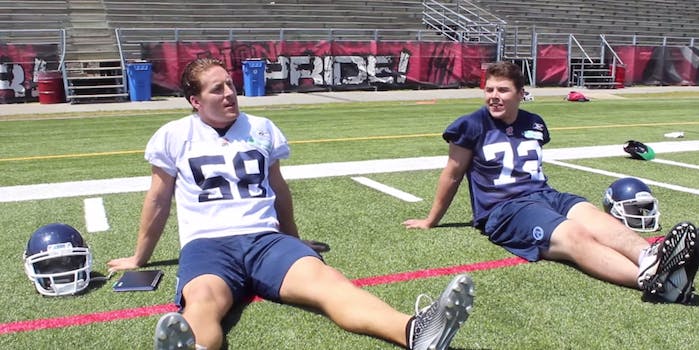 They've got a great sense of humor about it.

The real-life Peter Griffin has appeared at Comic Con, and people have recreated the infamous fight between Peter and the giant chicken. Now the Toronto Argonauts have brought to life a Family Guy gag mocking the Canadian Football League.

Argonauts long snappers Jake Reinhart and Dan McDonald, who actually voiced the players in the gag, reprised their roles in human form during some downtime. They’re just as polite and conscious of their paychecks as ever. You know, we’d actually watch Hard Knocks CFL with them in it.

For comparison’s sake, here’s their cameo from the original episode, which aired back in February.