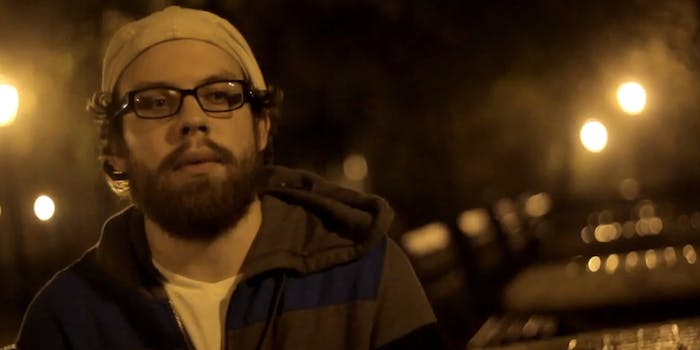 Notes from a prison visit with Weev 2.0

Tor Ekeland has been to visit his client, the convicted hacker Andrew "Weev" Auernheimer

This Sunday I drove out to Allenwood Low Federal Correctional Facility with a colleague to visit Weev.  We got there about 10:30 am and stayed until visiting hours ended at 3 pm.  I’d asked for an attorney visit room beforehand but the attorney forJohn and Tim Rigas snagged the sole attorney visit room before us.  (The prison guards told me there’s not a lot of attorney visits at the prison.)  It ended up not being that big of a deal and we all just sat out in the general visitors room and talked.  We fed weev with the “food” available from the vending machines.

Weev is no longer in the special housing unit.  Despite the prison having found him guilty of violating his phone and computer privileges and sentencing him to more solitary they put him back in the general population after we started to gear up to litigate and made some noise.  When they first put him back in the general population, however, they gave him a work schedule that only allowed him to get four hours of sleep a night.  They pulled this off by giving him a kitchen work shift from 4:30am to 12:30pm.  When he finished his work shift he was unable to sleep because, as a punishment for refusing to pay restitution through his commissary fund to the government, they put his cell at the front of the block where it is extremely noisy due to inmate activity outside the block.  Consequently, the only time he was able to sleep was between lights out (midnight) and the beginning of his shift.

The day we visited they’d just moved him to a day work shift so he is now able to get sleep.  A pattern seems to be emerging where the prison takes punitive measures against him, we threaten action, the prison corrects its behavior, but then finds new and creative ways to mess with weev.  It’s like a game of whack-a-mole.  Nonetheless, he looked much better than the last time I saw him when I had to talk to him behind plate glass and he was in the orange jump suit you have to wear when you’re in the special housing unit.

Weev gets most of his mail but gets it after a significant delay.  Some mail isn’t reaching him at all, mainly from certain prominent people in the info-sec community.  He gets the Wall Street Journal daily (it’s his favorite paper, deal with it), the Economist, as well as the New Scientist.  People are sending him copious amounts of books but he has to give many of them away to other inmates because the prison brings him ten days worth of books at once, an amount that usually exceeds his five book limit. So as soon as he receives his books he’s ordered to get rid of some of them.

Interestingly, weev still has access to computers for legal research.  The only computer use he’s being denied is access to the federal prison email system. So basically he’s allowed to use computers but not for speech.  His phone privileges are still suspended until the end of December.

All in all, weev is holding up well given his situation.  As I visit him more I will post more updates.

Tor Ekeland was lead trial counsel for Andrew Auernheimer (“Weev”) in his prosecution under the Computer Fraud and Abuse Act (“CFAA”) for downloading roughly 120,000 iPad subscriber email addresses from AT&T’s publicly accessible server.  He is currently lead counsel in Mr. Auernheimer’s appeal to the Third Circuit Court of Appeals, and is representing him pro bono. This account was originally published on Ekeland’s blog.