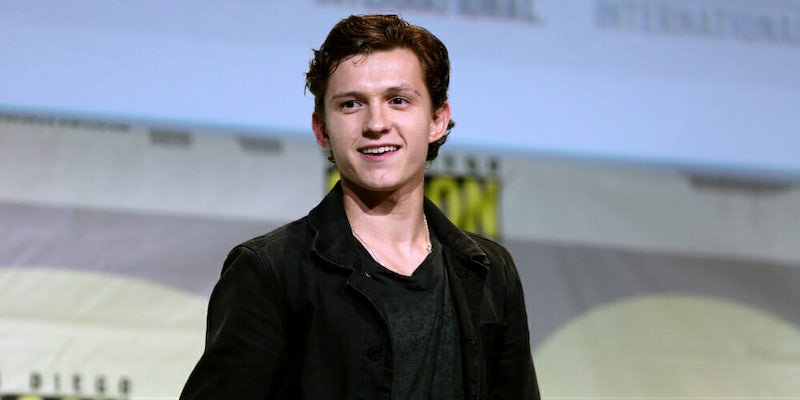 Apparently, Tom Holland doesn’t limit his friendly neighborhood Spider-Man duties to the big screen. The actor came to the rescue of a fan suffering from a panic attack after being caught in a mob of autograph hunters on Monday.

More than 2 million people have viewed the viral video the fan shared of the incident on Twitter.

In a series of tweets, Twitter user Cass, @NamelessCass, detailed how the sudden crowd pushed her toward the 23-year-old actor. She became squished against a barricade amid their rush. In her video, Holland can be heard saying, “I’m going to throw your shit on the floor if you keep pushing that girl.”

“This was absolutely INSANE and should NEVER happen … my neck was literally against the barricade with 30 grown men behind me pushing … ridiculous how people act like you’re not only endangering fans safety but Toms as well,” Cass tweeted.

TOM HOLLAND JUST THREATENED GROWN ASS MEN THEN THREW THEIR POSTERS BECAUSE I WAS CRUSHED AGAINST THE BARRICADE HE SAID “IM GONNA THROW YOUR SHIT ON THR GROUND IF YOU KEEP PUSHING HER” then came to me and calmed me down and the video HES LITERALLY SO MAD AT GRAPHERS VKSBDKSN WHAT?

She later tweeted a second video that her friend took of the crowd from a different viewpoint. She also shared photos of the autographed signage Holland took from the men and threw on the ground.

Cass had equally vehement criticism for the autograph hounds as well: “How about people just be respectful and act normal in a barricade woah who would’ve thought of that!!! This wasn’t a concert or a show with a mf mosh pit this was a literal weak ass barricade in the middle of a nyc street.”

How about people just be respectful and act normal in a barricade woah who would’ve thought of that!!! This wasn’t a concert or a show with a mf mosh pit this was a literal weak ass barricade in the middle of a nyc street….

For other fans of Holland, the incident came to represent just one more reason why they stan the Marvel star so hard. Even when not in costume, he still acts every bit like Spider-Man.

A side of Tom Holland that everyone NEEDS to see. He’s not putting up with anybody’s bullshit.