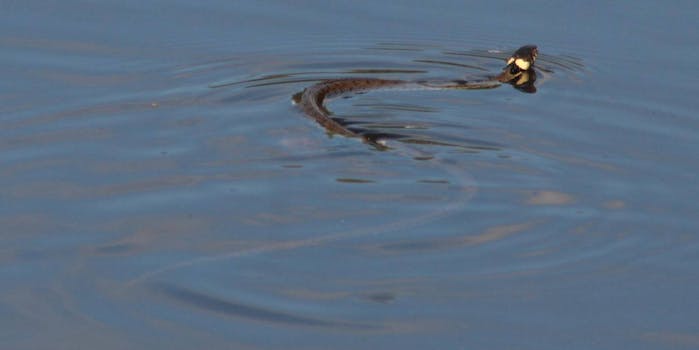 Man loses part of his penis to angry toilet snake

All your worst fears are real.

The toilet snake takes many shapes. To some, it’s a circular shit that coils up like soft-serve as it exits the body. Others consider the toilet snake synonymous with augers used to rid your pipes of particularly nasty clogs.

In some countries, a toilet snake is exactly what you think it is: a waterborne python lurking in sewers and porcelain thrones, just trying to quench its thirst. One such serpent managed to make its way to the toilet of Atthaporn Boonmakchuay, a Thai man in the process of relieving himself.

When the python got a look at Boonmakchuay’s trouser snake, it got a bit feisty and attacked.

The quick-thinking man screamed for his wife to hand him a rope and attempted to extract the snake from his junk like you’d remove a loose tooth if you hated dentists. He tied up the python’s head, tied the other end of rope to a door, and successfully lost part of his penis in the extraction process.

Boonmakchuay is in stable condition, though it’s unclear what shape his dick is in. The snake was captured by a team of what I’d imagine are Thai snake-dick specialists, who managed to royally destroy a toilet in the process. The snake is said to have been returned to the wild, facing very few consequences for his actions. The animal kingdom has no chill.