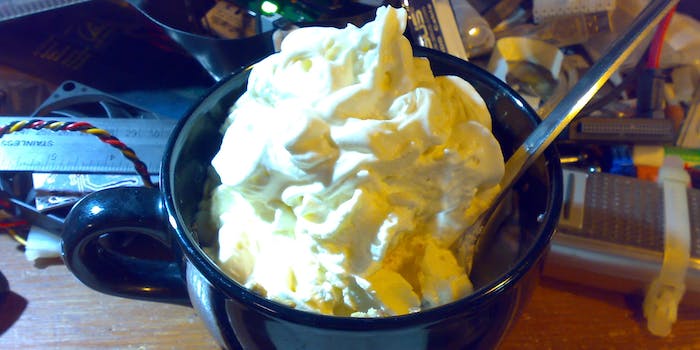 Adorable toddler has the grossest reaction to whipped cream

Don't watch this before, during, or immediately following dinner.

A little girl named Ashley is standing on her parents’ leather recliner, eager to try whipped cream for the first time. She laughs as her mom sprays a small amount into her mouth. When her mom asks what it tastes like, the girl points to the can, signaling for more.

“Do her mouth full of it,” mutters Ashley’s father, Scott, who was recording the entire scene.

Scott’s YouTube channel features two other videos of Ashley explaining how she pooped in the closet and, as a toddler, accidentally ate some dog food.

Just imagine the look of Ashley’s face when she’s a teenager and finds her dad’s YouTube channel. Priceless.