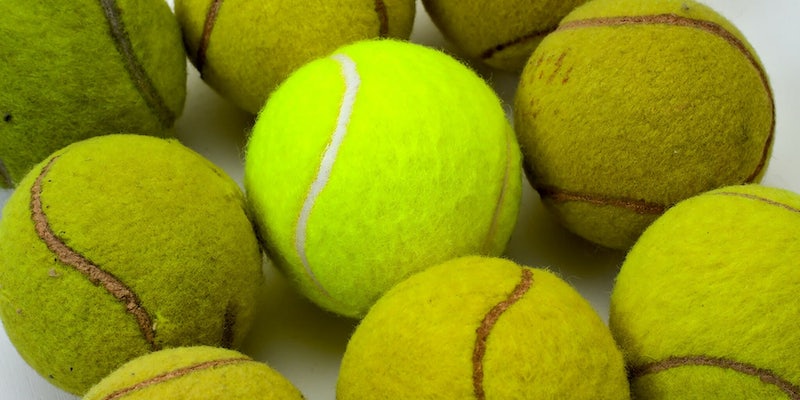 He gets an A for effort though—and adorable.

While the phrase “ball so hard” may have been popularized by Kanye West, balls are also hard to deal with if you’re a youngster trying to pick up a gaggle of them.

In a video from America’s Funniest Home Videos, one toddler isn’t having the easiest time cleaning up a mess of tennis balls. He doesn’t notice that when he goes to pick up one of the balls, the one in the canister he’s holding slips right back out. It’s a cycle that might be frustrating for him, but gives us a good giggle.

You’ll get it eventually, buddy.

Photo by horiavarlan/Flickr (CC BY 2.0)