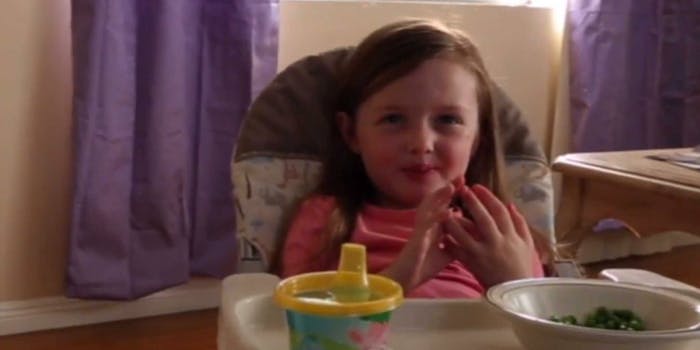 At this point, do we really need age requirements for public office?

Since the government shutdown, there have been plenty of attempts to explain its cause and ramifications—along with plenty of tortured analogies assigning blame. So far, none have approached the elegance, swiftness, and accuracy of College Humor’s take on the bargaining process that brought us to this stalemate.

In a new parody video, College Humor likens trying to argue with the ultraconservative fringe elements that have come to dominate the Republican side of Congress with dinner conversation with a petulant toddler: The GOP right now is unwilling to play by the terms its already accepted, uninterested in Obama’s position, and all too eager to go with the nuclear option. The skit is essentially a reenactment of a tweet by Think Progress Editor Judd Legum.

Naturally, because this is YouTube, the comment section has already devolved to a gutter fight about taxes, atheism, and… the definition of “slavery”? My goodness.