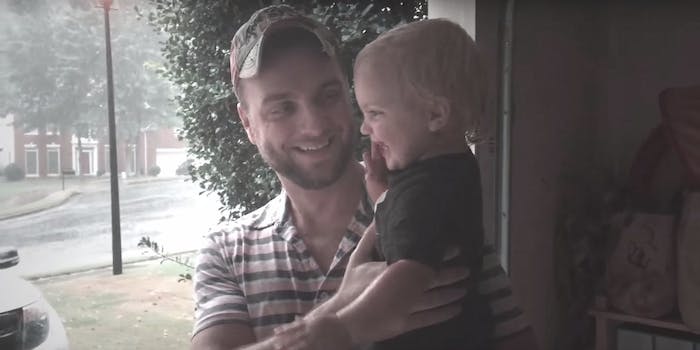 That smile and giggle are too precious.

Forget becoming overcome with adorableness when a toddler takes its first step—it’s all about that first summer rain.

Don Swift uploaded a video of his daughter Harper experiencing rain for the first time, and it’s pretty much the cutest thing ever. Watch as she giggles at the feel of the precipitation, then urges her dad to take her back into the bout of weather. Brings a whole new meaning to the term “baby shower.”

This isn’t the first time Harper has enjoyed viral fame. You might remember her first crawl with her dog back in 2014, which is just as darn precious.