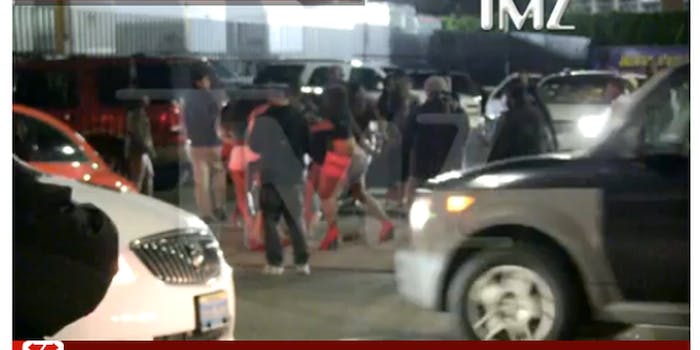 Change.org gets TMZ to re-edit a snuff film

TMZ is re-editing graphic footage of a 19-year-old teen getting fatally shot outside of a Hollywood nightclub. Why? Because 200,000 people signed an online petition.

TMZ is re-editing graphic footage of a 19-year-old teen getting fatally shot outside of a Hollywood nightclub. Why? Two hundred and nineteen thousand people signed an online petition asking the gossip site to do it.

The family of the victim, Andre Lowe, called attention to TMZ’s video of a Jan. 13 fistfight that turned into a melee. The clip shows bullets flying and Lowe’s body on the ground. It was posted before his family was notified of his death.

In an email to the Los Angeles Times, Lowe’s uncle, Jason Andrews, said he publicly called on TMZ to take down the video, arguing that the posting was gratuitous and purely for entertainment value.

“To know that the last two minutes of a loved one’s life is being viewed by thousands of strangers for entertainment is like pouring salt in an open wound,” said Andrews. After TMZ ignored messages from him, he launched a petition on Change.org to garner support.

In the petition, Andrews slammed the website for “thoughtlessly and carelessly” publishing the video. While understanding the freedom of the press, he wrote that the media has “no morals and nothing is off-limits when it comes to gaining ratings.” He also contacted TMZ’s advertisers via Twitter, urging them to strip its ads off the site.

On Tuesday, TMZ edited the video removing the part where Lowe was lying on the street. However, there is no note on the post addressing the controversy. The Warner Brothers–owned site did turn over the footage to police leading to an arrest.

The Los Angeles Police Department credited the release of the video for a suspect’s arrest, but Andrews said TMZ could have accomplished a similar outcome without posting the video, rather posting a still shot of the suspect.

“My nephew’s murder is not entertainment,” Andrews said, adding that TMZ’s motivation was for “shock value.”

“Part of the grieving process shouldn’t include fighting with a media outlet who has nothing better to do than talk about which celeb gained two pounds or which talentless reality star had a wardrobe malfunction,” he told the newspaper.