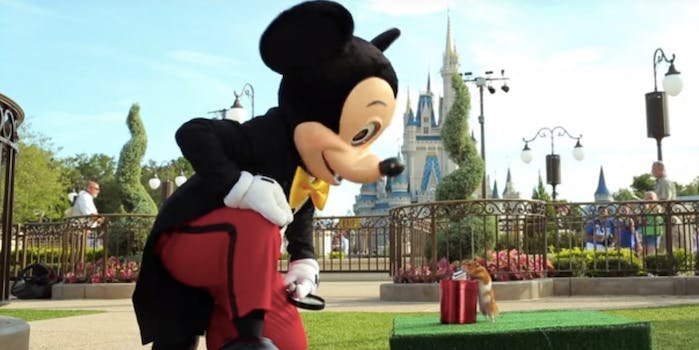 Tiny Hamster’s day out at Disney is blissful and inspiring

He even gets a tiny Dole Whip to complete his tiny day.

It all began with a tiny burrito and a tiny hamster that caught the world’s attention. Like any celebrity, it was only a matter of time before it proclaimed, “I’m going to Disney World!”

Tiny Hamster has done a lot of tiny things, from going on a tiny date to having a tiny Thanksgiving, but his tiny day at the “happiest place on Earth” is epic. Tiny Hamster enjoys tiny churros, a ride on the tiny teacups, a tiny Haunted Mansion ride, and, of course, meets Mickey Mouse while sporting his own tiny mouse ears.

The video is a partnership with Walt Disney World for its BestDayEver channel. On it, 11-year-old host Fiona Frills takes viewers behind the scenes on the making of Tiny Hamster’s dream day, and even taste tests the hamster versions of his minuscule treats.

Who knows where the tiny hamster will pop up next, but we know for sure that we’ll follow him there, gleefully.