At least 300 women would let wine inside them.

If you want to stand out in the dating world, you need a gimmick. You have to think, “What does my potential mate want?” and reimagine yourself in that image. One Tinder user did just that—to tremendous results.

So what does every woman want? A glass of wine. 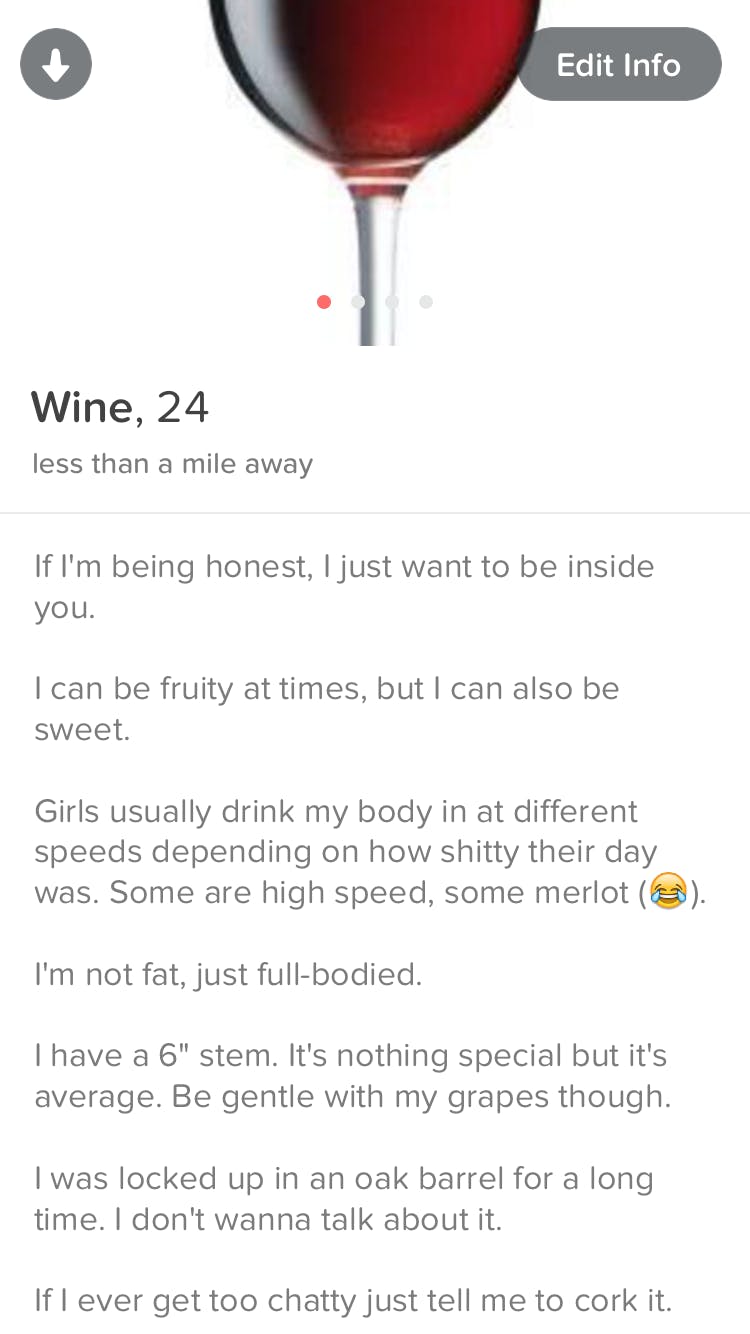 Last year, an anonymous writer received more than 1,000 Tinder messages from men after she changed her profile and pretended to be a cheeseburger named “Patty.”

Writer Sean Fahmy wanted to see if he could mirror her success with women by posing as a glass of red wine. “If I’m being honest, I just want to be inside you,” read his profile. Coming from a glass of wine, that line is adorable. Coming from a man, it’s grounds for cutting off the conversation.

Fahmy wrote that he got 300 matches in two days with this tactic and that women were drinking up his pickup lines. 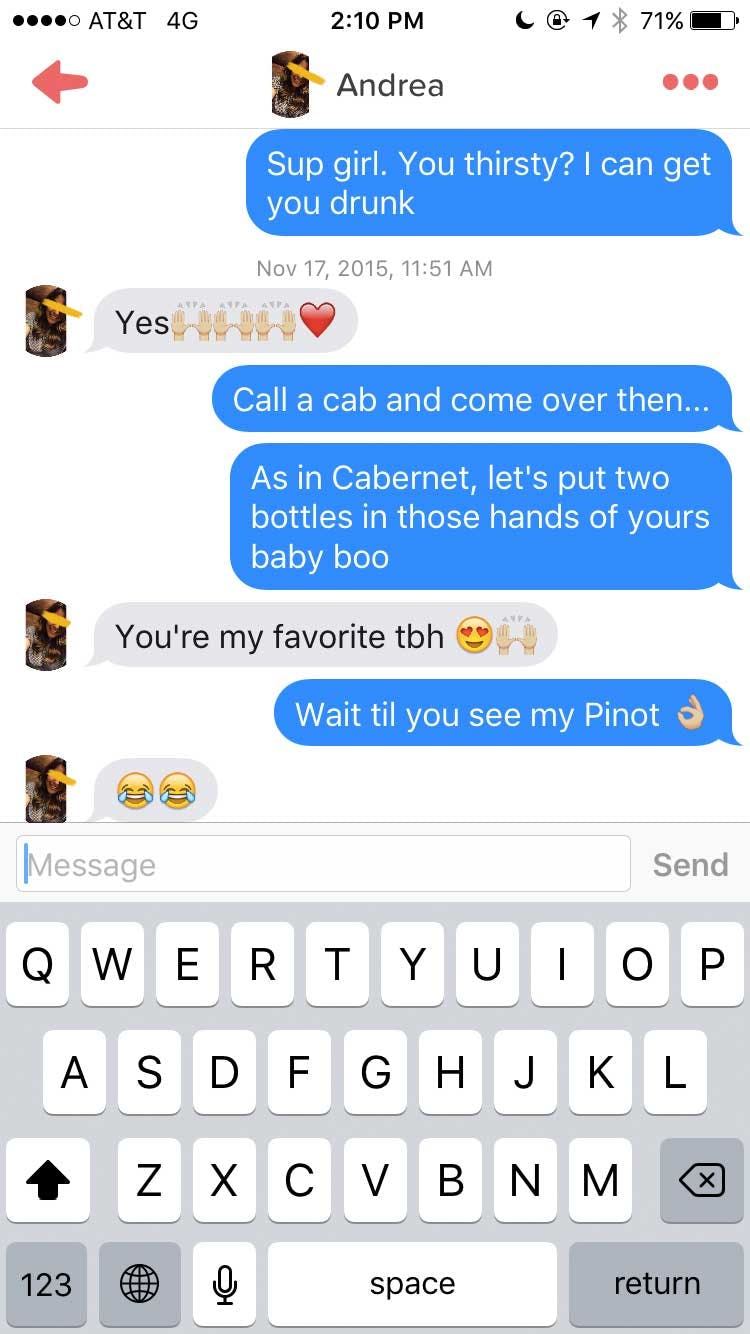 So gentlemen, just remember: 300 women would rather chat with an inanimate object than go out with you. Happy dating!