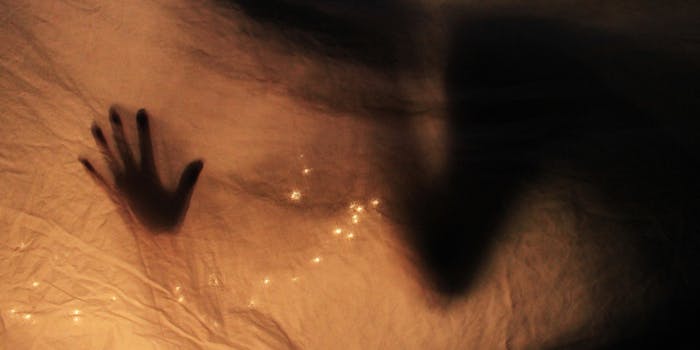 I’m not sure if I was sexually assaulted

My Tinder date wouldn't take "no" for an answer.

Note: This article features graphic descriptions of sexual assault and may be triggering for some readers.

I’ve never been in a situation where I thought I could be raped. I’m a big guy, strong, how could I be raped? Until the moment when my legs were in the air, totally vulnerable, looking into the eyes of a man insistent on fucking me, did I ponder, Am I in danger?

We had met online a year earlier, had some sexy texts, but never met. A couple months later we ran into each other at the bar, but still, nothing came of it. Then we matched on Tinder, igniting a new round of communication.

Why did I swipe right?

I had intended on staying in but got that Friday night itch to go out. We had been texting, so I mentioned dinner. Two hours later, we met at a restaurant near my apartment.

The conversation was fine but didn’t exactly flow. The first bump in the road was his reaction to my sobriety. He couldn’t understand why I would choose to be sober if I never really had that serious of a problem. Accustomed to this kind of reaction, I didn’t read into it, just politely explained myself and moved on.

During the dinner I told myself, Don’t invite him over. I didn’t feel that sexual spark. He was attractive, but not exactly doing it for me. Still, I studied him, thinking about if I could actually have sex with him. As we walked post-dinner, my brain was saying, Don’t do it, while my mouth said, “Wanna come over?”

Why did I invite him over? I wasn’t lonely. I honestly just wanted dinner.

We chatted, started to make out, then made our way to the bed. Everything was going by the book, no red flags. I took the dominant position in removing our clothes, going slowly. Once undressed, he became more dominant.

Ten minutes into casual foreplay, I noticed his obvious intention to penetrate. I said, “Not tonight.” I could tell he was disappointed, so I continued, “I don’t usually start with that. It takes me a while to bottom, to get comfortable.”

This is where I should have said, I guess we’re not a match, it was lovely knowing you. Unfortunately, I didn’t.

He became more dominant, not exactly physical, but contorting me into positions that were difficult for me to get out of. I’d say again, “Not tonight, it’s not going to happen,” trying to take a soft tone while standing—or laying—firm. But he’d push harder, no lubrication, as I’d attempt to wiggle my way out of his hold.

We’d do this dance for a while, him pushing harder, me saying, “No,” but again in that passive tone. I thought of being aggressive, but I honestly couldn’t tell if he was just a harmless, overzealous guy, or someone I should actually be concerned about.

The pain of the situation became more intense. I thought, Am I in danger? My legs were in the air, he had my arms gripped down, I was locked in. Then I felt bad about letting myself be put into that position, letting him do this to me, to get this far.

I felt trapped and a little scared (I say a little because I was still questioning the severity of the situation, that grey area). I knew I didn’t like it, I wanted it to stop, but I didn’t want to be mean. Then, as he pushed harder, I felt that rush of pain and panicked.

Let this be a lesson to all the cat haters. Sometimes they can save you.

I told him that this wasn’t going to happen, and that we should call it a night. He belittled me for not being able to stay hard, to which I held back from saying, “Sorry, rape is basically a boner-kill for me.”

After he left, I thought about that sexual grey area. I was fine, no actual harm done, but what of the actual experience? What exactly is sexual assault? Since he didn’t actually penetrate, do I just write this off and use it as an example of what not to do in the future?

Whatever the label that’s supposed to be applied to it, I didn’t want it. If it was so easy for that to happen to me, imagine how many other men have it go so much worse. Because I’m a man, I don’t know how to talk about this. Talking about this involves a type of communication I and most other men aren’t equipped with.

Maybe it’s time we learn the words necessary to prevent things like this because, sorry, I’m not loaning out Frasier to anyone else who might need him.

This article was originally featured on Thought Catalog and reposted with permission.

Photo via Kayla Kandzorra/Flickr (CC BY 2.0)