TWC News Austin paused its regular car-accident Twitter reports to give its readers an important traffic update: an erect penis on a spread-eagled young stud. 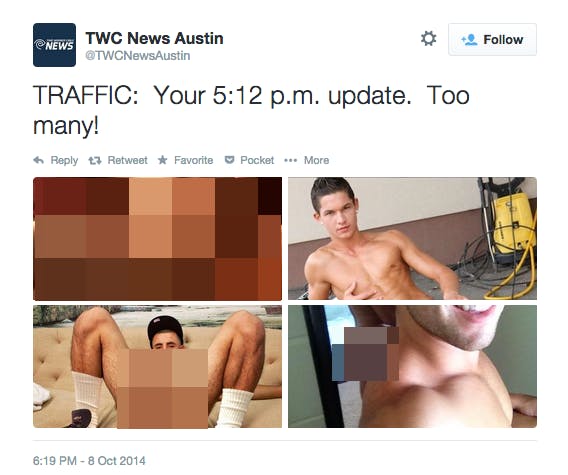 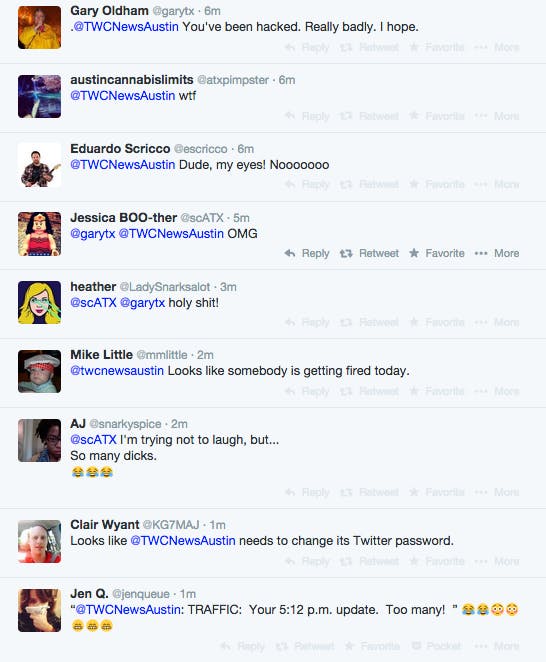 As for the hack, we’ll keep you posted.