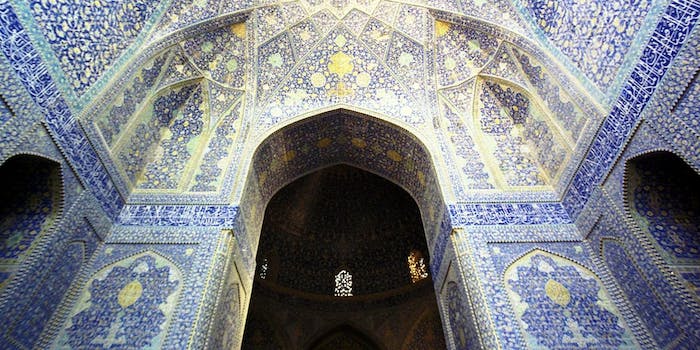 It’s time to change the way we talk about Islam

We can no longer just blame the media.

Terrorism. Violence. Extremists. Bombs. The list could go on.

These were some of the responses at a recent community action forum hosted by Welcoming Gainesville—a local organization seeking to create a space for immigrants to thrive in their new community—when participants were asked by Hassan Shibly, the executive director of the Council on American-Islamic Relations in Florida, what the first words were that came to mind when they heard “Islam in the media.”

When asked why, the crowd collectively concurred that the media over-reported instances where Muslims committed acts of violence, avoided calling non-Muslim violent extremists “terrorists,” and generally did a poor job of covering Islam.

It’s not just an American problem. Monawar Hussain, founder of The Oxford Foundation, found that British Muslims “found the portrayal of Muslims in the news as deeply inaccurate, Islamophobic, disempowering and leading to a feeling of alienation.

In many ways, I cannot help but agree. There is a proportional problem when it comes to coverage of Islam in the news. Nearly two-thirds of all coverage of Islam focuses on conflictual topics such as terrorism, violence, and extremism, according to a study published in Media Portrayals of Religion and the Secular Sacred: Representation and Change. Indeed, if one were to remove references to Islam and violence and terrorism, Islam would go from being the most covered religion to a level commensurate with other minority religions such as Sikhism, Hinduism, and Buddhism.

Although terrorism, religious violence, and extremism deserve coverage, they absolutely do not need to dominate our news. As Hussain wrote: “There is great cultural, ethnic, linguistic, artistic, and literary diversity within the Muslim community. All this is lost in an attempt to extricate soundbites or simplified answers to issues that often involve vigorous debate and discussion within the tradition.”

Rooted in long-term historical misrepresentations of Muslims as “bombers, belly dancers, or billionaires” living in a world of heat and harems Muslims have often occupied the role of monsters in the Western imagination. This discourse is known as “Orientalism” and the media plays to its tune leaving discussions and coverage of Islamic art, traditions, holidays, architecture, philanthropy, cultural distinctives, or broader discussions of gender and sexuality to just a slim amount of coverage. This is far from proportional to the realities of modern Islam for millions of Muslims across the world.

The challenge for news writers and commentators like me is to really listen to these voices that tell the narrative of American Islam. This means rejecting the false binary between converts and migrants—as if the former were less Muslim and the latter more so. This means telling stories that undermine the narrative that Islam’s story is either one of violence or countering violence. While it is important to cover the ways in which religion and violence are often linked, newswriters and analysts must be careful to balance this coverage with stories that undermine the narrative that religion and violence—or specifically Islam and violence—are inherently interwoven.

While this does not mean we do not tell the story of ISIS or Boko Haram, it does mean we have to tell other stories— like understanding “radical” Muslim clothing styles, interfaith relationships and initiatives, intra-Muslim dialogues, American-Muslim culture (music, movies, social media campaigns, visual art, and material consumer products), and the history of Muslims in the Americas.

At the very least, we can respond to initiatives from within the Muslim community to react, and interact, on social media. For example, the recent #AskAMuslim hashtag helped to create a platform on Twitter and Facebook for Muslims and non-Muslims to start conversations concerning any and every topic related to the 1.6 billion strong religion of Islam.

#AskAMuslim if you have a question or a phobia.

If you are unsure about something, don't just follow the crowd, find out the truth on your own #askamuslim

Questions ranged from complicated issues surrounding the hijab and Sharia law to simple concerns about prayer and charity. The end result is a conversation that is sorely worth having given the current climate.

The truth is, we cannot simply blame the media for their production of terror-related and violently pornographic news stories. As the cliché saying goes, ‘it takes two to tango.’

Stories like these are out there. The question is whether or not the public will listen and learn from them. The truth is, we cannot simply blame the media for their production of terror-related and violently pornographic news stories. As the cliché saying goes, “it takes two to tango.” We, the public, consume stories of extremism. We click on narratives of terror and violence. We participate in a dialectic of consumption that encourages news agencies to produce these stories and to neglect the narratives that matter to Muslims and reflect the religion as it is lived by the overwhelming majority of its adherents.

What it will take is for both the non-Muslim public and the media to form relationships with Muslims that provide a wider frame of reference for the stories that matter to Muslims to begin to matter to others. Likewise, it means that Muslim media producers, analysts, and consumers must build relationships across religious and ethnic lines in order to understand the nature of media handling and participate in its production and dissemination via digital and traditional print avenues alike.

Without altering our frames of reference, without avoiding adding to the dialectic of consumption of disproportional and stale terrorism stories, and without forming meaningful relationships that interweave Muslim communities with media producers and consumers the coverage will continue to suffer. It is time both religion newswriters and enthusiasts—whether Muslim or non-Muslim—begin doing something concrete to challenge the notion that the media is solely to blame for misrepresentations of Islam. I understand, as a freelance journalist and academic, it starts with me, but it can also start with you.

Ken Chitwood is a religion scholar, freelance journalist, religion news analyst and commentator researching global Islam at the University of Florida at its Center for Global Islamic Studies. Follow him on Twitter @kchitwood.