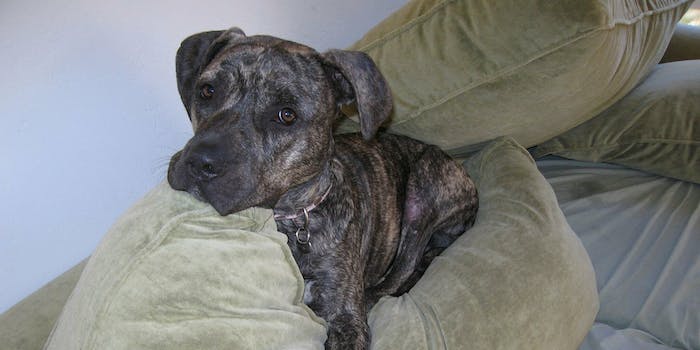 This is why you shouldn’t leave your dogs alone with anything fragile or remotely edible.

YouTube user KAY WAAL decided to set up a camera and record a time-lapse video of what happened when two dogs were left alone in an ordinary living room. The results are not pretty, although it looks like the dogs had a lot of fun.

The two dogs team up and thoroughly disembowel a couch cushion. By they time they’re finished, the entire room is littered with piles of furniture stuffing. We’re almost impressed.

Photo via Jamie Lantzy/Flickr (CC BY 2.0)