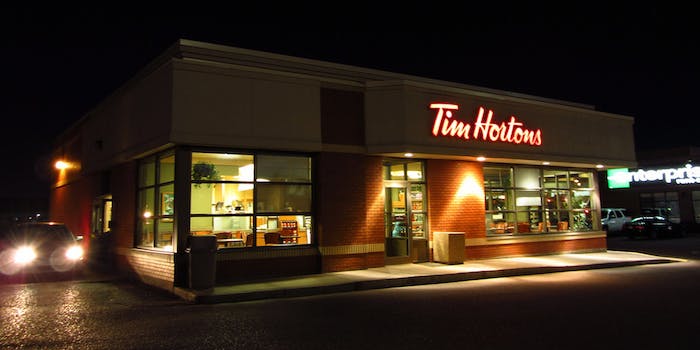 Horton hears from you.

Yesterday, news broke that Burger King was planning to buy the Canadian restaurant chain Tim Hortons in order to move its headquarters to Canada, which has significantly lower taxes than the U.S. Burger King’s customers aren’t happy that the company is trying to weasel out of paying American taxes, but over on the Tim Hortons Facebook page, things are even worse.

Many Tim Hortons customers have taken to the page to criticize the company for selling out, compromising its quality, abetting Burger King’s tax avoidance scheme, and generally surrendering a Canadian treasure to the clutches of an American monolith. Here are some of the best customer comments, sorted by the category of indignation.


“Now it is just another business up and running in our great Country by another Country.”


“Surrender to an Evil Empire”


“You are special by yourself”


Photo via Calgary Reviews/Flickr (CC BY 2.0)