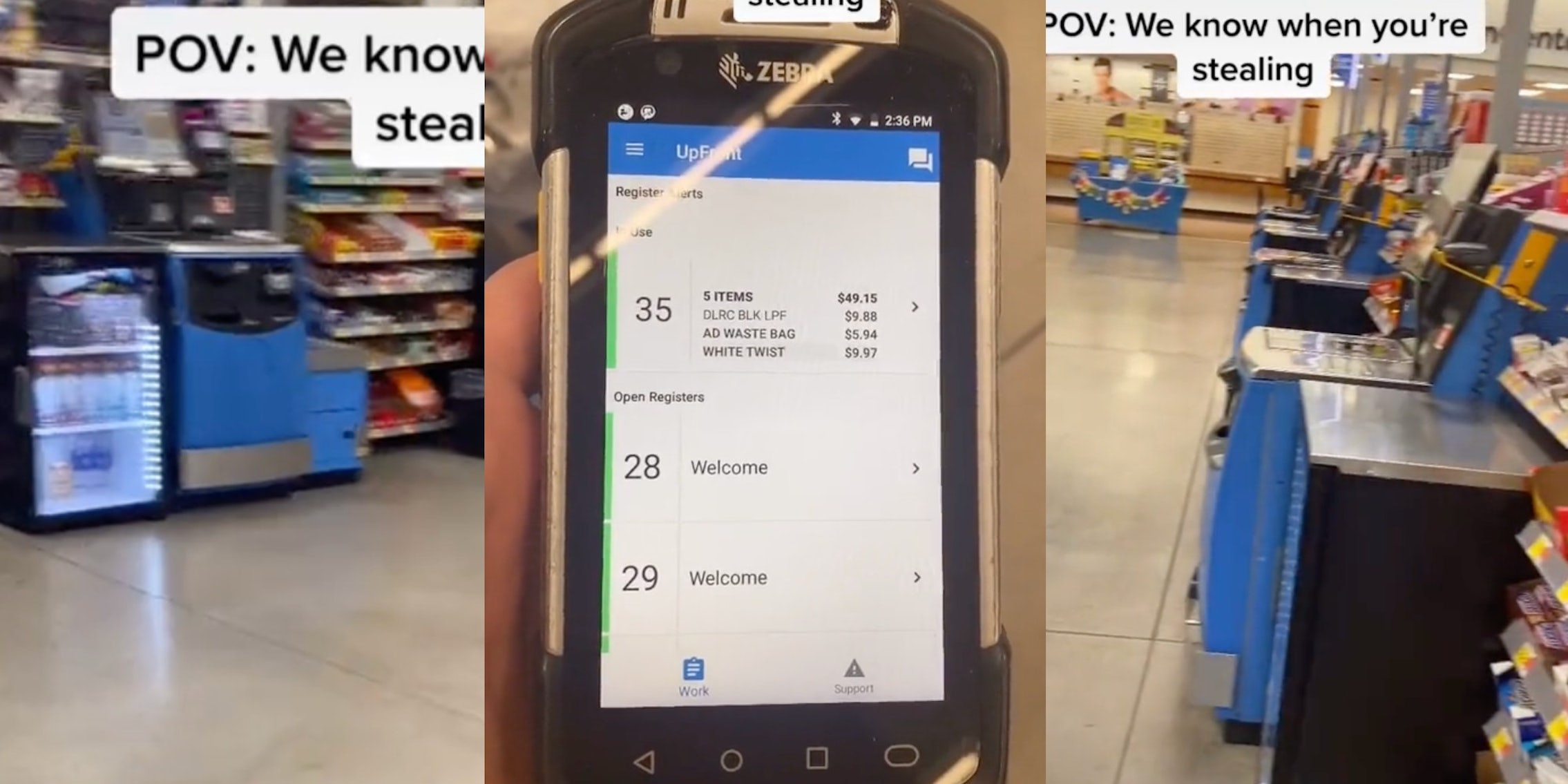 Some viewers were skeptical of the technology.

A viral video from an anonymous TikToker, who claims to be a Walmart worker, shows that the retail giant can track when people are stealing at self-checkout.

The video comes from TikTok account @thewalmartguy69, an account that offers a behind-the-scenes look at Walmart from an employee.

In the video, with a text overlay that reads “POV: We know when you’re stealing,” the TikToker shows off a piece of equipment from Zebra Technologies, a tech company that helps retailers with tracking items in their supply chains.

The video shows the device tracking scanned items and “register alerts,” and also shows the employee surveying the self-checkout area, which would-be thieves might see as a place where they could sneak an item through without paying for it, especially if they’re paying for other items. The video appears to demonstrate that the store has the technology to sniff out that kind of deception.

The video has garnered nearly 10 million views since going up on the platform just over a week ago. Judging from the comments, a number of people are skeptical of the technology, with a number of them claiming that they’ve successfully stolen from Walmart before…accidentally.

“I literally walked out with $50+ worth of items on accident because I forgot to swipe my card,” said one.

“I walked out of Walmart with one of those big bags of dog food because I forgot to pay for it,” another admitted. “It was under the cart; I didn’t see it.”

One person justified stealing from the corporation, saying, “I always take one small item as payment for being my own cashier,” adding, “I don’t work for free.”

Another used the video as an occasion to tee off on Walmart as a company, be it shopping there or working there.

“If y’all know when we’re stealing,” asked one, “why do you guys stare at us like we’re up to something when we’re not?”

“I worked at Walmart and they did not pay me enough to care,” another said. “If I saw someone stealing, I would turn around so quick.”