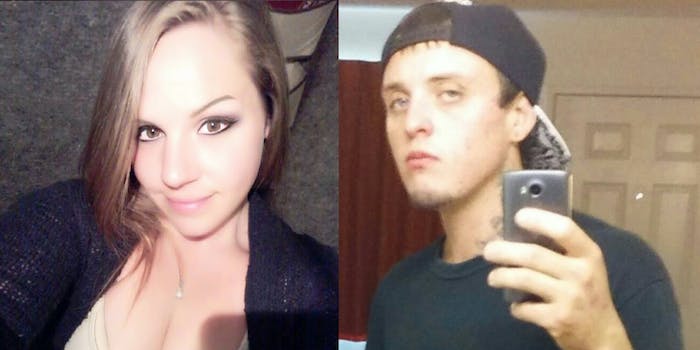 The victims' remains were found in a suitcase by the TikTokers in June.

Jessica Lewis and Austin “Cash” Wenner, a couple whose remains were found in a suitcase by a group of TikTokers on a Randonautica adventure, were allegedly killed by their landlord after they couldn’t make rent.

Police arrested Michael Lee Dudley, 62, on Wednesday night. He was charged with two counts of murder on Monday, according to People. Dudley allegedly fatally shot and dismembered Lewis, 35, and Wenner, 27, before stuffing their remains inside garbage bags in two suitcases. One of the suitcases later washed ashore on Alki Beach in Seattle, where it was discovered by a group of teens who were sent to the location by the Randonautica app and made a video of their adventure gone wrong for TikTok.

According to Law & Crime, Dudley admitted to arguing with the couple over the $1,500 monthly rent they could not pay. The victims were staying in Dudley’s home, and he, according to People, wanted them to move out.

“While the precise motive for this crime is not yet fully known, the evidence to date shows that the defendant was angry with the victims for not paying rent and for bringing potential criminal activity to the Ambaum home,” charging documents state.

The documents go on to state that the defendant likely had help from others in dismembering the victims and getting rid of their remains. “This process would have taken a lot of time and effort and his willingness to take these extreme steps demonstrates the threat he poses to the community,” it reads.

The TikTok video featuring the suitcase was removed on Aug. 22 following a campaign by both the victims’ families to get it taken down. According to the BBC, it is unclear if the teen who had originally posted the video removed it or if TikTok did. TikTok previously stated that the video did not violate its guidelines.

Dudley, in the past, has been accused of sexual abuse, incest, and cruelty toward animals. He is being held on a $5 million bail and will be arraigned on Sept. 8.