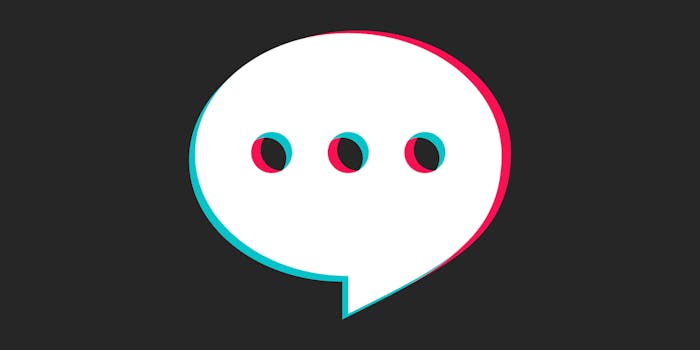 TikTok quietly changed the female voice, likely in response to a lawsuit.

TikTok quietly changed the voice of its text-to-speech feature, after being sued by the original actor.

Voice actor Beverly Standing filed a complaint earlier this month against TikTok’s Beijing-based parent company ByteDance, alleging unauthorized use of her voice. The complaint claims that years ago, Standing was “hired by the Institute of Acoustics to perform voice work purportedly for Chinese translations,” but that she was never informed they would be used for any other purpose.

The text-to-speech feature debuted last fall and quickly became a popular tool for turning TikTok captions into Alexa or Siri-like declarations. Standing reportedly saw the feature in November, after acquaintances started sending her videos, and the complaint claims her likeness being used on TikTok harmed her reputation as a voice actor. The hashtag #StandingWithBev circulated in early May as a show of support in the voice actor community.

TikTokers didn’t really like the change, and backlash to the new female voice was swift. People said she sounded too happy, or like a Spotify ad, or that she mimicked other voices like the Watch Mojo lady or the Grammarly lady.

It’s not clear when TikTok rolled out the new voice, or who the actor is, but users in North America seemed to notice the change on Monday. We’ve reached out for comment.