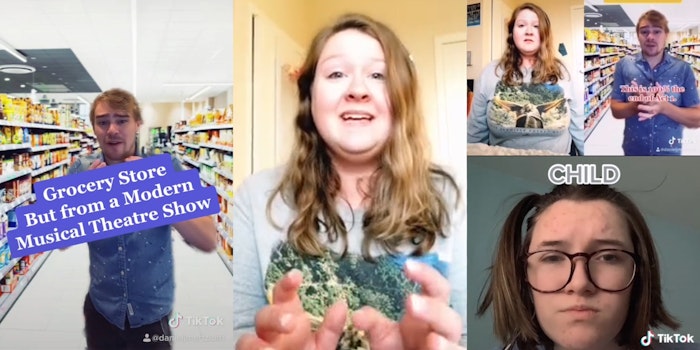 A theater fanatic’s song on TikTok went viral and turned into an entire musical set in a grocery store.