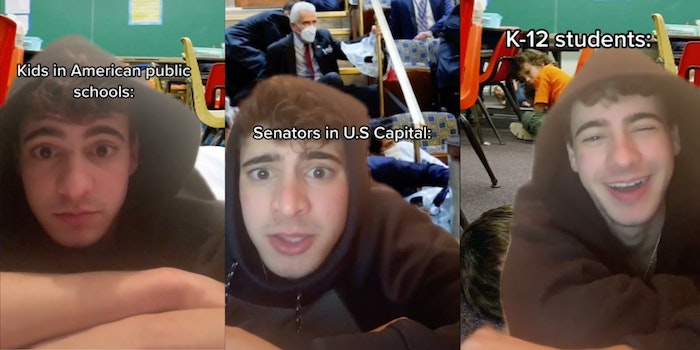 After the Capitol was invaded by Trump supporters on Wednesday, high schoolers compared Congress’ lockdown to the routine drills students practice multiple times a year.