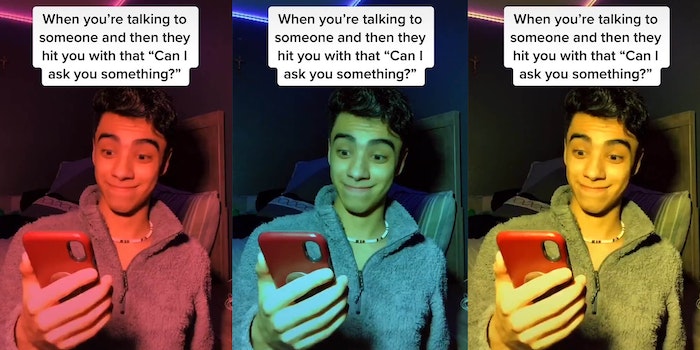 Lil Wayne is involved too.

The “disco” effect on TikTok is catching people in awkward situations.

The effect puts a multicolored strobe on TikToks, and creative users are making it part of a series of uncomfortable freeze-frame/POV moments where essential truths are revealed. One of the most liked videos is user @eboyalisha “spilling tea” to her mother, a police officer. Coincidentally, a majority of the videos are soundtracked by Lil Wayne’s “Mrs. Officer.”

Others were more general oh-shit moments.

There were several TikToks involving the “Hot Cheeto Girl.”

POV: you passed out on the floor of a house party and the hosts cat comes to wake you up pic.twitter.com/dKc8BwTepI