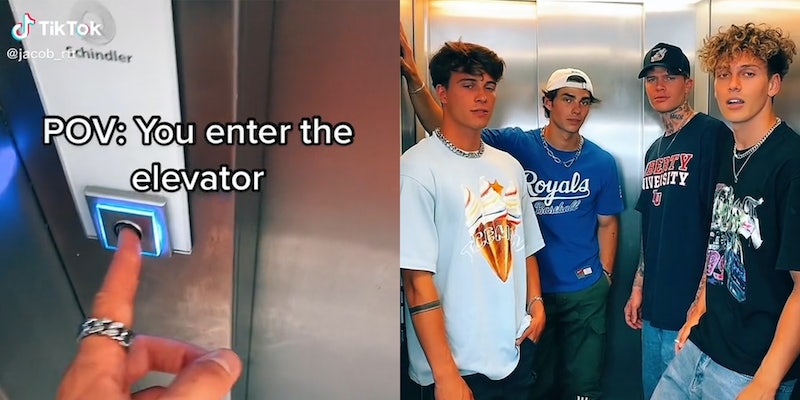 What would you do if you were waiting for an elevator and four floofy-haired TikTok guys were waiting inside?

A video from account jacob_rtt, which now has more than 24 million views since being posted Aug. 24, has become a template for a TikTok POV trend. The original video includes the caption “come in we don’t bite,” suggesting the four men inside are, at minimum, not vampires.

It seems like these boys were perhaps trying to be sexy, as with the recent TikTok trend of white guys pretending to get arrested. But the responses were more panic and fear-based. “Absolutely not,” wrote user jaydeybabyy, which seemed to be a common refrain, especially from women.

The top comments on the original TikTok are all some variation of “Hell no.”

There are quite a few TikToks of jacob_rtt and his “elevator boys” menacing people with their POV, including a video from July in which one of them pokes holes in condoms for some reason. These guys appear to be based in Germany, and one of them, Bene Schulz, apparently “rose to fame by sharing a variety of performances and showing off his abs,” according to Famous Birthdays.