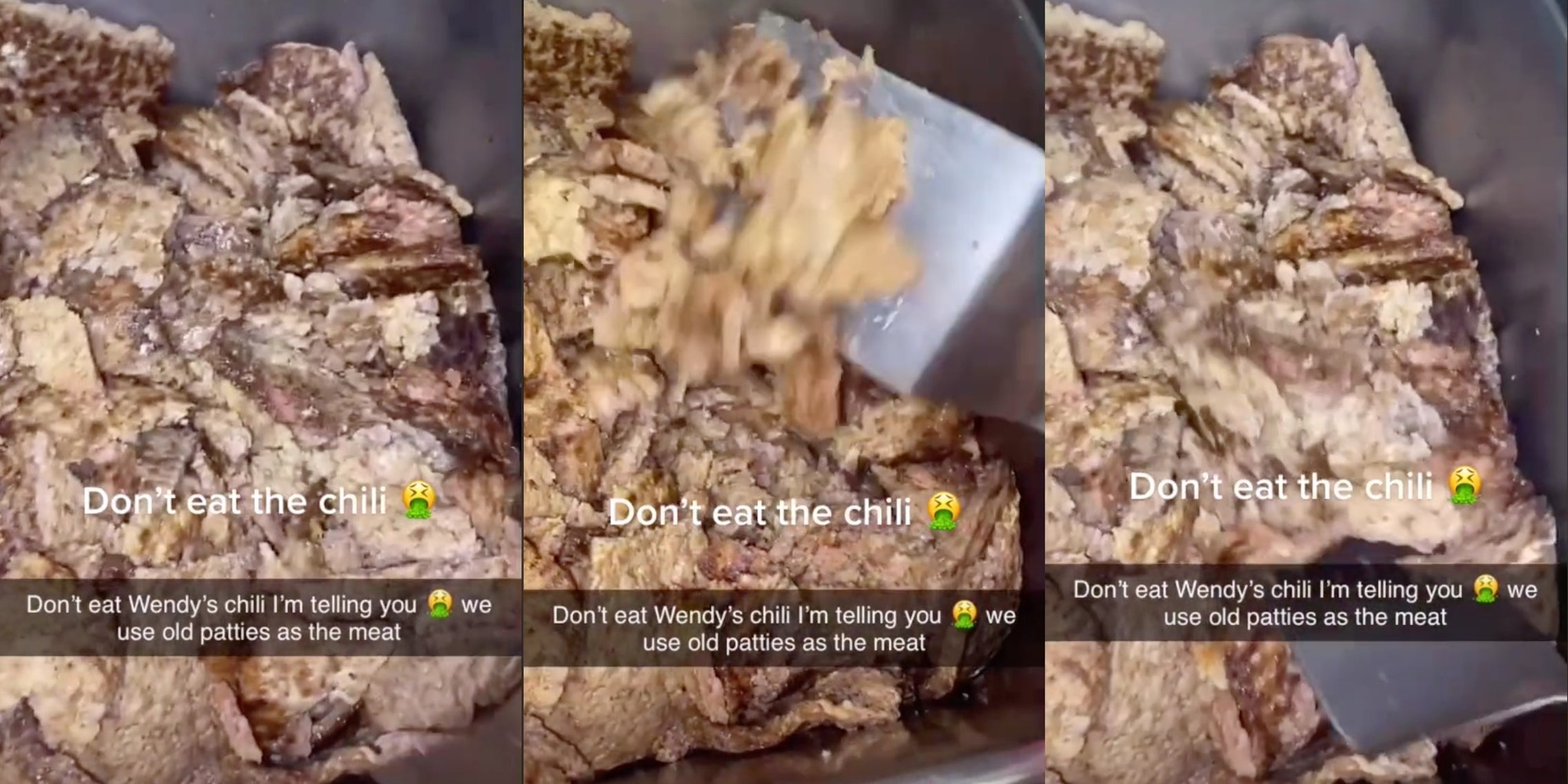 A TikTok account, @wendys.expose, claiming to be run by a Wendy’s employee made a viral video discouraging customers from ordering the fast-food chain’s chili.

“Don’t eat Wendy’s chili I’m telling you,” they said. “We use old patties as the meat.”

The TikTok has accumulated about 2.4 million views and 5,000 comments. The creator’s bio reads, “No hate on Wendy’s I just want to inform the public of the unknown.”

The creator clarified in a comment on their video, “DONT FORGET EVERY WENDYS IS DIFFERENT!!! Also the meat is fresh not frozen. I’m open to any questions.”

“It’s like a day old. Not that serious,” another said.

“It’s okay cos they boil the meat before adding it in the chili,” one user said. In a video reply, the creator said they know the meat gets cooked after the chili gets cooked.

“Using old patties isn’t necessarily bad but at the same time when it’s undercooked it’s become an issue, not because it won’t cool but bc it’s just nasty. If you like the chili keep eating it, I only made the video to show people what’s inside that’s all if you don’t care then eat it.”

Another user said this is common knowledge.

“You are posting something most of us already know. I [worked] at Wendy’s in 1998. So year we know how they make the chili,” he said.

The creator replied, “I- nothings changed in 23 years y’all.”

Apparently not, as the food website Mashed explained in a 2019 video that the chili is known to be made from excess beef patties.

The Daily Dot reached out to Wendy’s for comment.