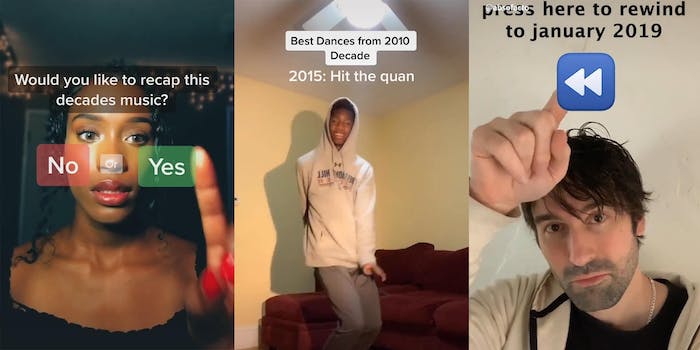 TikTok users look back on the last decade

There's a lot of Disney nostalgia.

We’re in the midst of end-of-decade lists and look backs at what defined the 2010s. And while TikTok has become a testing ground for new memes and trends, users are looking back at the #bestofthedecade.

Some of the videos are specific to a trend, like the top dances of the last ten years.

There were look backs at internet “challenges” and viral moments, like The Dress. Hard to believe we collectively lost our shit over “The Fox (What Does the Fox Say?).”

There were assessments of 2010s cuisine.

Others were more personal or nostalgic. (There was a lot of Disney nostalgia.)

People even incorporated new TikTok memes into the hashtag, like the “Turn it up” guy.

And there were important affirmations.