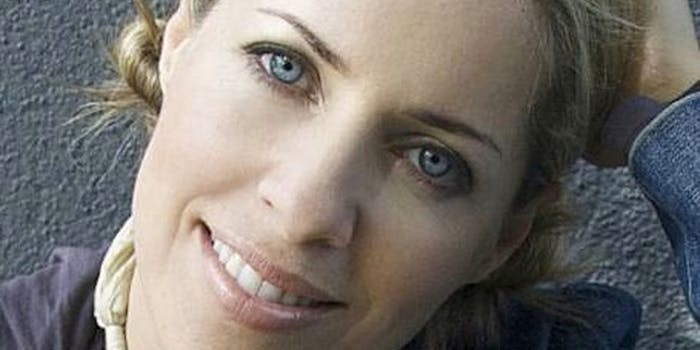 Are the connections we forge on the Web rewiring our brains? The Daily Dot speaks to Tiffany Shlain about her new film.

“‘When you tug at a single thing in the universe, you find it’s attached to everything else.’ – John Muir #connected #interdependence #quote”

From the Big Bang through systems theory, the Webby Awards founder crafts an entertaining history of Western civilization and makes a scientific case for the way online activity may be rewiring the brain. That thesis is, in turn, an extension of the work of her late father, Leonard Shlain, a surgeon and author of the best-selling book The Alphabet Versus the Goddess. (His death, too, figures in the story.)

Above all else, Connected is a Hallmark card to the Internet—an animated, personal, and inspiring look at the potential social change enabled by our increasing interdependence.

Before the film’s New York premiere tonight at the Angelika Film Center, the Daily Dot spoke with Shlain.

Daily Dot: Occupy Wall Street rallied on Facebook and has gained substantial support on Twitter. Is this sort of movement that you had in mind when you drafted the Declaration of Interdependence?
Tiffany Shlain: Yeah. I think that’s the power of social media. Not just politically, but the social component of people just sharing and connecting, which is very powerful for empathy globally. But then you have the part I’m most excited about, that next evolution of all this: When we’re able to really come together around some of the biggest problems of our day with collaborative tools online and tackle some of these problems together.

DD: Do you plan on going down to the demonstrations?
TS: When I get a minute. It looks like on Friday afternoon I’m going to go over there.

DD: Connected actually doesn’t spend much time on how people are connecting online. As you were going through these very personal and stressful times documented in the film, what sort of support were you looking for or receiving online?
TS: I had a newsletter for years called Breakfast @ Tiffany’s that I sent out every quarter. I really just highlight film and movies and things I’m working on. I acknowledged that my father had been diagnosed with brain cancer. And the wave of support and the stories that I received just by sharing something so personal was really amazing. It was a really important part of the process for me.

DD: The film really highlights also the importance of unplugging and finding that immediate support with …
TS: The people you love. Definitely. Since making the film, my family and I unplug 24 hours every week. The film wrestles with both the potential [of the Internet] and how it’s overwhelming our physical lives. Nothing replaces connecting deeply with the people you love.

DD: What do you think it takes to connect deeply online?
TS: I’ve gotten into a whole different layer of Facebook recently. We just launched our Facebook page. The people that have seen it in the theater are immediately logging onto our page and posting ideas and sharing their thoughts. To have 8,000 people on there extending the conversation, it’s very exciting to see. That’s the community that I feel is really getting deeper as more people learn how to use it.

DD: Do you think that people are coming to define themselves as much by their online social communities as they are their physical counterpart?
TS: We made up that word “autoblogography” because we wanted to convey the autobiographical nature of technology and the kind of humor that the film has. I think everyone is kind of writing their own autoblogography everyday, with every tweet and post. They’re trying to communicate who they are through all of these different mediums.

DD: Part of the film is your attempt to really hold onto and document your father. In the future, do you think we’ll have that same need or will be more about curating the Facebook timelines and Twitter posts?
TS: I’ve thought about that. I have like four photos of my grandparents. I think my kids could reconstruct my life with every email, tweet, and video I’ve taken. It’s really going to change our relationship with people that have died.

DD: You asked your father this question in the film: What do you think the meaning of life is?
TS: [long silence] I think the meaning of life is to be present with the people that you love and in the world that we live in, to constantly be curious and to question ourselves. That’s one of the goals of the film, is to just make people stop and have dialogue about how much our world is changing: What’s good; what’s bad; and what’s the potential?