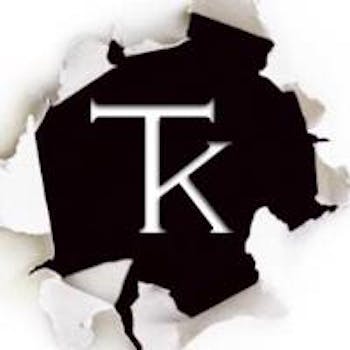 Thug Kitchen is the world’s most gangster vegan food blog

Warning: Images in this post contain some potentially NSFW language.

So says Dr. Thug of the Thug Kitchen (motto: “Eat Like You Give a F*ck”), which does for nutrition what the late Onion columnist Herbert Kornfeld (R.I.P.) did for accounting: make it badass, interesting and funny as hell. 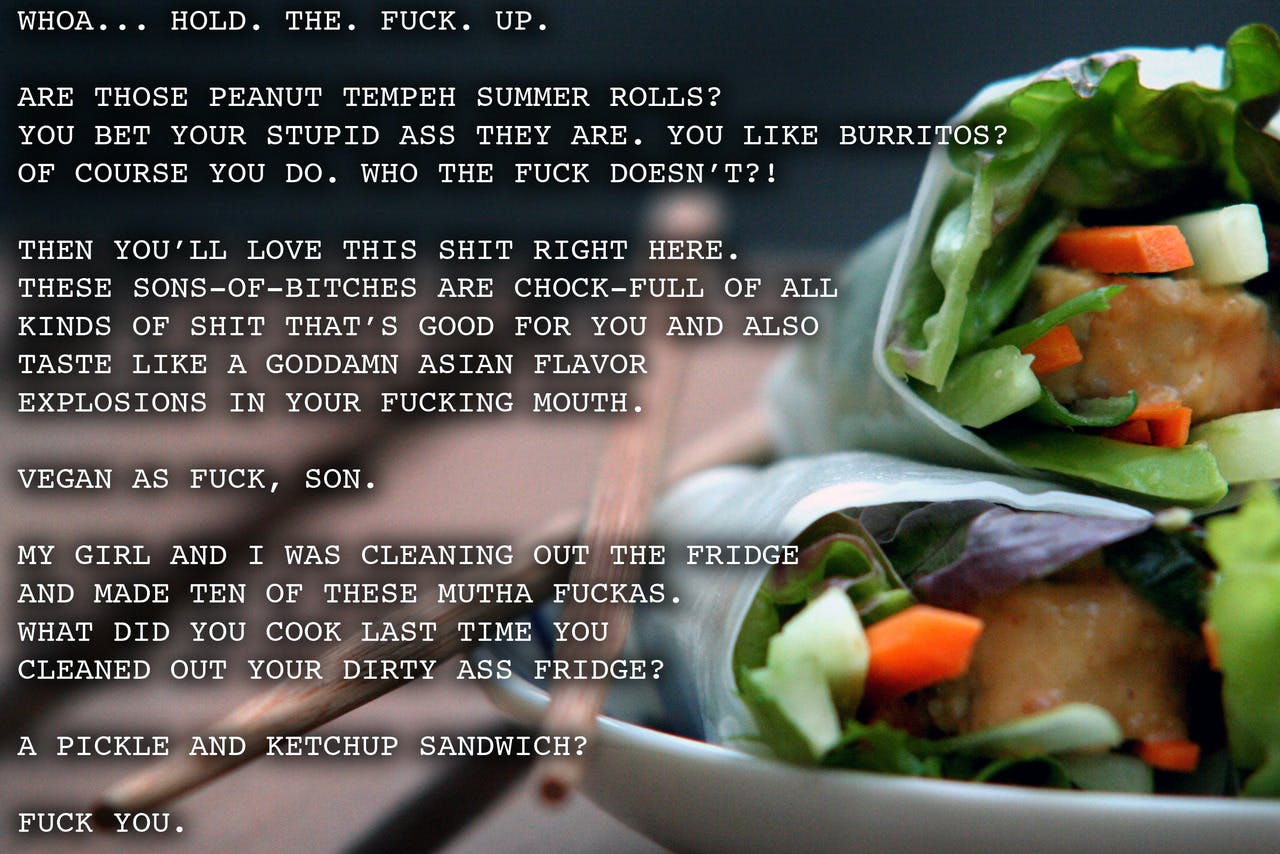 The blog has mainly vegan recipes; on his FAQ page Thug notes that his diet is mostly vegan food “but every once in a while, I enjoy the f*ck out of a good steak or some ice cream.”

He joined Facebook last October with the announcement, “Thug Kitchen all up in this Facebook. Ready to drop some nutritional knowledge on some fools.” Whether on Facebook, Twitter or the original blog, Thug Kitchen offers straightforward nutritional advice and a smattering of healthy recipes along with a take-no-sh*t attitude that kicks bad nutrition’s ass. 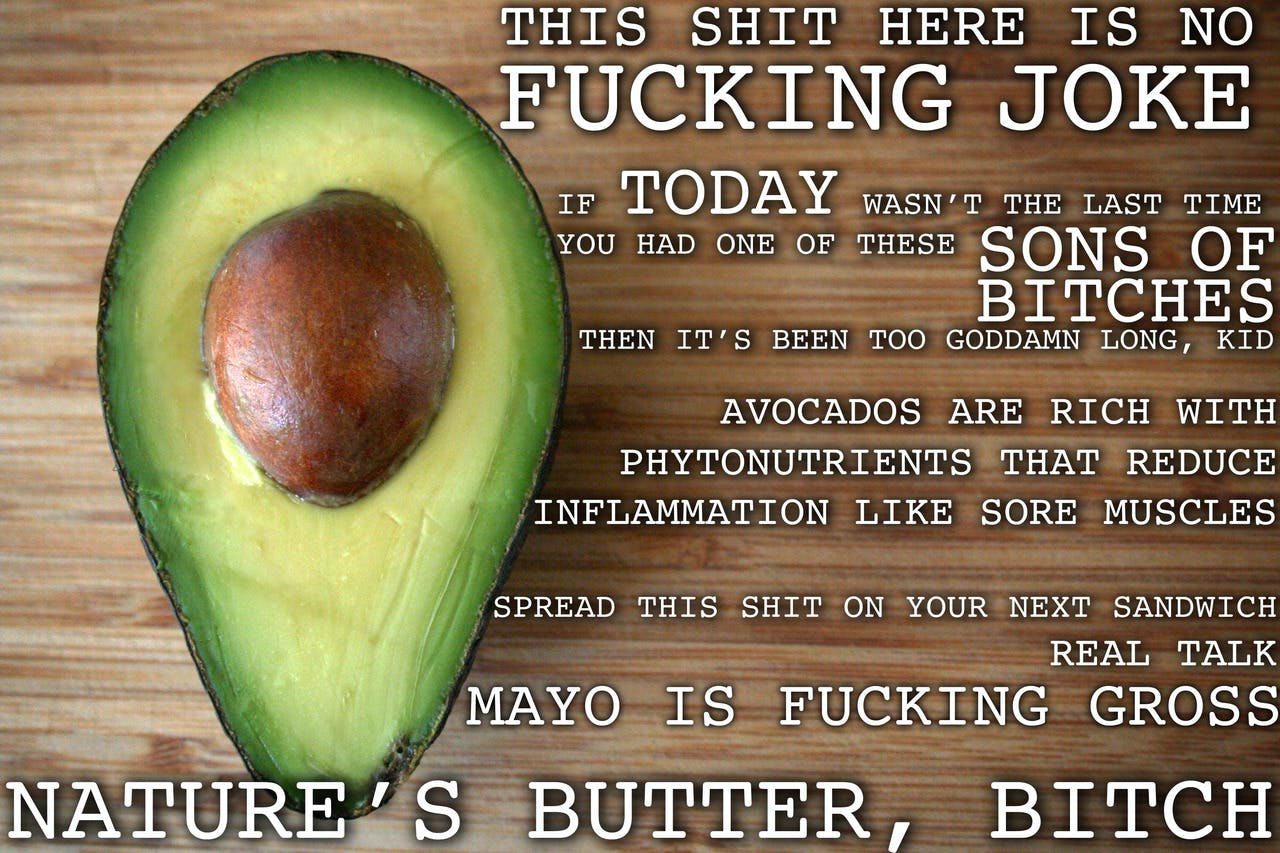 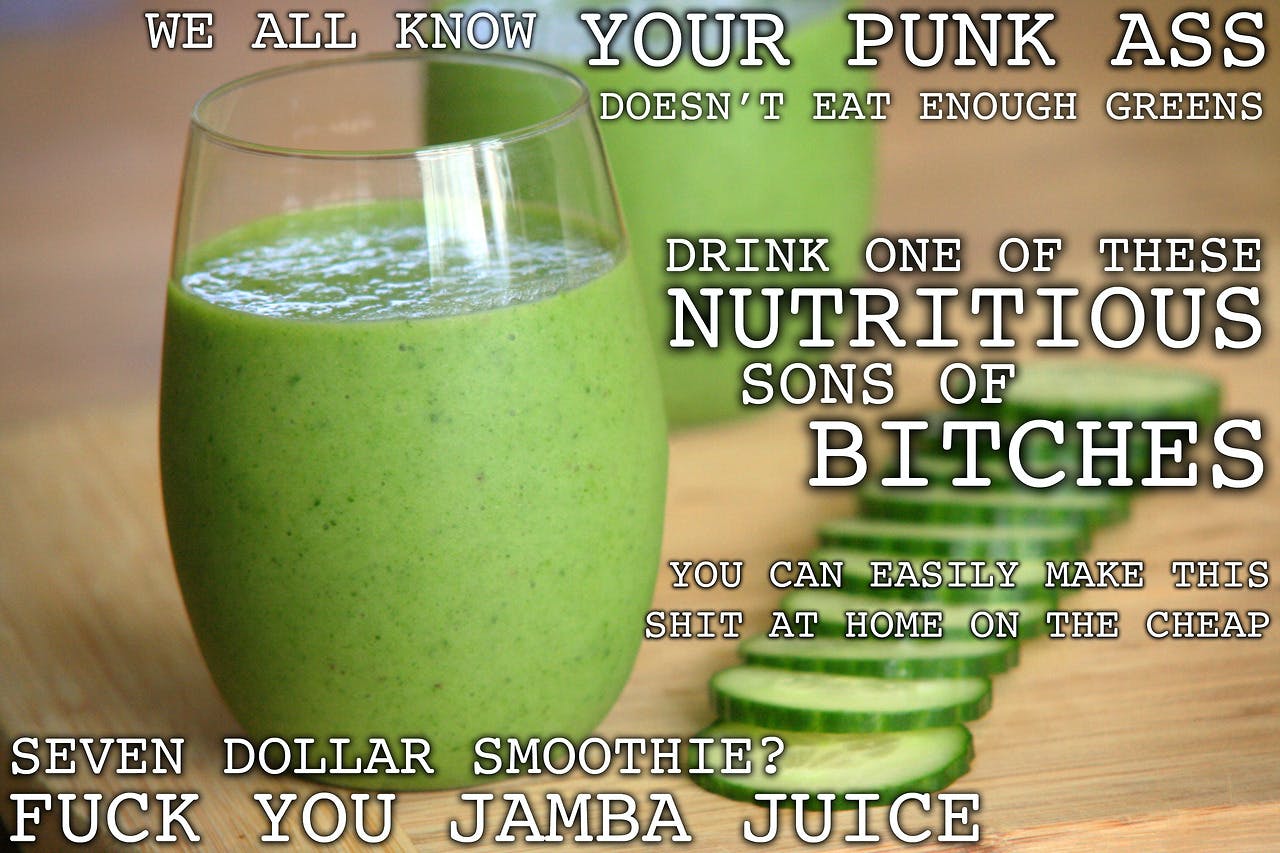 Dr. Thug shares the smoothie recipe for this smoothie, for fans who want to “make this sh*t at home and tell Jamba Juice they can go f*ck themselves by not paying for their high calorie sugary sh*t.”

Thus far the Thug Kitchen’s blog has only two pages’ worth of entries stretching back to last August, and his Facebook page is cluttered with commenters begging for more frequent updates. Dr Thug said on his FAQ page, “I TRY [to post] ABOUT ONCE A WEEK BUT I HAVE A F*CKING JOB AND BILLS.”