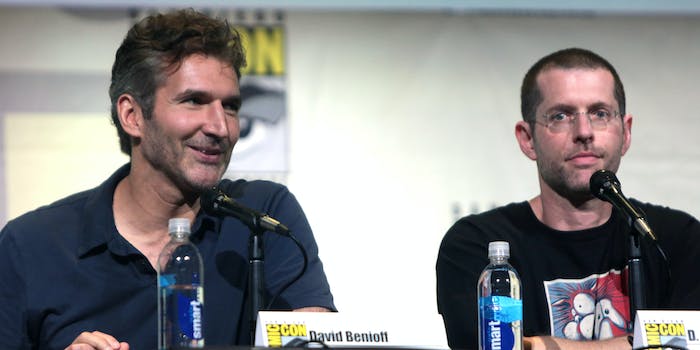 Lin Qi's cup of tea was allegedly poisoned in a suspected murder plot.

A producer who has been working with the Games Of Thrones showrunners on an upcoming Netflix series is in the hospital after an alleged poisoning. One of his co-workers is in police custody and is a lead suspect in what has been described by multiple reports as an attempted murder plot.

Lin Qi, who is chairman of the Yoozoo Group, was hospitalized in Shanghai on Dec. 16. According to Chinese media outlets, a senior executive in Yoozoo’s film and television division, 39-year-old Xu Yao (his full name has yet to be released by police), was apprehended by local authorities. It has also been reported that there was a “dispute among the Chinese entertainment company’s executive ranks” prior to the poisoning. According to the Hollywood Reporter, Yao allegedly poisoned Qi’s cup of tea.

“At 5pm on Dec 17, 2020, the police received a call from a hospital regarding a patient surnamed Lin. During the patient’s treatment, the hospital said it had determined that the patient had been poisoned. Following the call, the police began an investigation. According to investigations on site and further interviews, the police found that a suspect surnamed Xu, who is a coworker of the victim Lin, was the most likely the perpetrator. The suspect Xu has been arrested and investigations continue,” the Shanghai Public Security Bureau wrote in a public statement on Wednesday, according to THR.

Qi has been working with David Benioff and D.B. Weiss to produce an English-language adaptation of Liu Cixin’s bestselling Chinese sci-fi books The Three-Body Problem for Netflix.