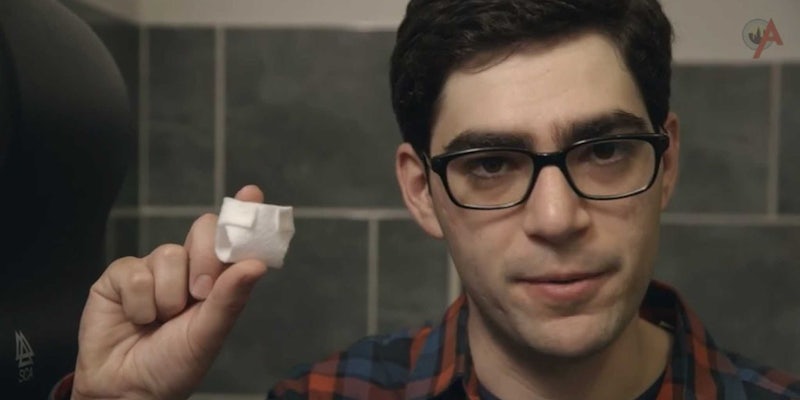 Guys’ most embarrassing post-bathroom problem has a Kickstarter cure

Just when you think your go is over, when you're all zipped up… you were wrong. What's the solution?

Men face a persistent post-bathroom problem. No one ever talks about it, but it’s a universal issue.

Just when you think your go is over, when you’re all zipped up… you were wrong.

You might think the solution lies in a complex series of genital maneuvering. Nope. What you’re looking for are tiny diapers that turn your manhood into Toad from Super Mario.

The YouTube video, the latest offering by comedy troupe Above Average, showcases the innovative product “Tiny Diapers: For the Tip of Your Penis.” Men will no longer have to worry about walking around the office with an embarrassing wet spot on their pants. What’s more, the product can also act as a guard against leaking faucets, sweaty chest buttons, and even as a full-fledged diaper for extremely tiny people.

H/T Daily of the Day | Photo via Above Average/YouTube