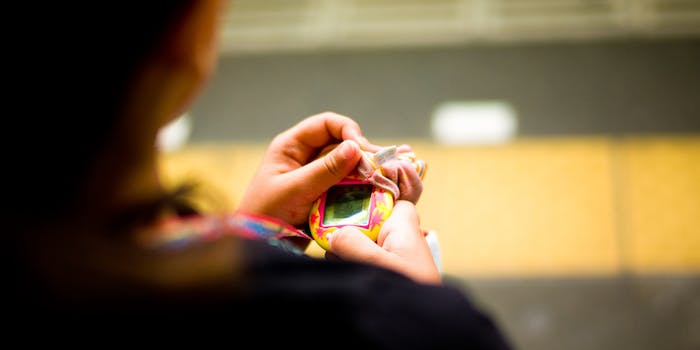 Remember that time? (Not!)

Objectively speaking, the most awesome moments in history happened between 0 AD and 1997.

If you were born in the ‘90s, you totes won’t remember any of that magic. But no worries, kiddo. I’m here to assuage your FOMO!

Some say Reagan destroyed America (and the world), and others say he saved it. Being a liberal arts-educated New Yorker, I’m inclined to agree with the former, but regardless, if you were born in the ’90s you will never understand what it felt like to live in a pre-Reaganomics world. Bummer for you!

Perhaps you had the most ’90s birth ever. Perhaps your parents were into that retro shit and got a midwife or whatever, but regardless, you don’t remember! Sucker!

3) That traumatic thing that happened to you when you were six, which you should remember but blocked out as a self-preservation thing

I didn’t mean to bring up a sensitive issue, sorry. You know what? Pretend I never mentioned anything. It’s OK.

You probably should remember this a little bit, but it ties into that traumatic thing that happened (sorry to bring it up again!), so you blocked out the little memory you did have. OK, I’m gonna move on now. Don’t even worry about it!

Yoooo, that shit was craz-ayyyyyy.

In a time before text messaging, people sent each other telegrams, which are text messages that took a really long time to get delivered and involved decoding and shit. (I think?) Anyways, you really didn’t miss out on much, I promise.

8) The iconic release of The Breakfast Club

Sure, you watched the movie when you were on the precipice of puberty and it totally changed shit for you. I totes get it! But you didn’t get to experience the magic of seeing it in theaters. You never got to see Molly Ringwald rise to stardom; instead, you saw her slowly fade into irrelevance. Boo hoo!

Like the news, SNL is best to watch within the week that it first airs. Sure, some sketches are forever, but the topical shit is lost to time. So you’ll never really get to experience the magic of Weekend Update or really most of the sketches that these talented comedians were in. Too bad for you because a lot of this is really significant in comedy history!

10) Your mother’s foray into musical theater

A year after giving birth to you, your mother wanted to ensure that she still had her own adult life and didn’t sacrifice everything for parenthood, so she participated in a community theater production of Grease. She played Frenchie and was apparently awful; it’s been a running joke in your family ever since. But you never saw it, so all you have is your imagination!

OMG remember Tamagotchi? Sure you do. But do you remember when little Tommy stole your Tamagotchi? You were on a playdate and things got pretty heated, but it happened when you were five and, truth be told, it wasn’t a particularly important moment so you have absolutely no recollection of it. Oh, well!

Sure, you identify as a ’90s kid, but say you were born in 1992: Your earliest memory is from roughly age four (I’m being generous here), you only remember bits and pieces of 1996-1999, plus you had no real understanding of the way the world worked then anyways. So how about you stop idealizing a time you don’t even remember and live in the moment!