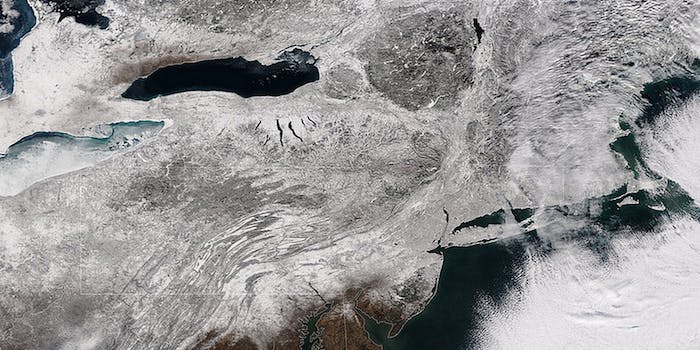 It is a truth universally acknowledged that a teen in possession of social media accounts must be in want of a “challenge.” Stunts like dumping ice on one’s head, inducing sudden unconsciousness, setting oneself on fire, and swallowing blowdarts have all had their moment—now, in the days following winter storm Juno, it’s diving into snow with only one’s underwear for protection.

The fad is localized in the Boston area, where enough of the white stuff accumulated to cushion kids hurling themselves from decks, stoops, windows, and cars. But the best part of these Vines and Instagrams is the brief delay between landing and cognizance of the cold.

Here’s wishing just one cameraperson had shut and locked the door as their friend struggled to extract themselves from a snowbank, but there’s always the next blizzard.