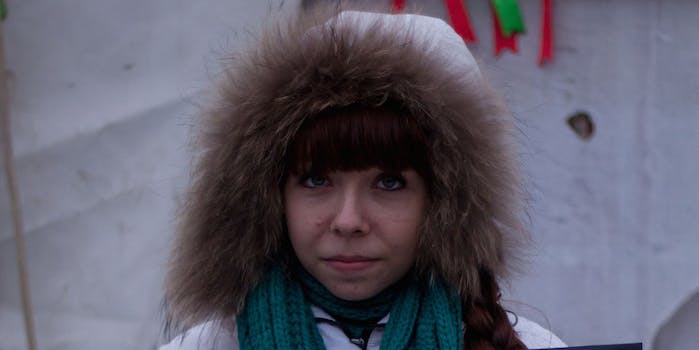 According to Nielsen, Twitter loves dragons, zombies, and teenage girls.

Starting this Sunday, I will have to be careful about checking Twitter. It will be the premiere of the final season of AMC’s Mad Men, and I might be home in time to catch it, but if not, being on social media substantially raises the likelihood of having the episode spoiled for me.

This kind of dodging isn’t new to me: Mondays are rife with fear of learning about the latest queen eliminated on RuPaul’s Drag Race, Tuesdays have Courteney Cox livetweeting during Cougar Town, and Thursdays get overwhelmed by Scandal.

I’ve learned to glaze over any tweets that may contain spoilers—and also come to terms that spoiling might just happen anyway, whether I want it or not. This is a lesson learned quickly by any fan of shows that capture the pop cultural zeitgeist, like Game Of Thrones, Walking Dead, and Pretty Little Liars.

But what slays dragons and walkers, at least in the Twitterverse, are teenage girls: Pretty Little Liars holds the record as the no. 1 most-tweeted telecast in TV history with 2 million tweets during its summer 2013 finale, all with a fraction of Walking Dead‘s viewership.

What tends to do well on Twitter? Shows that have immediacy, whether it be live events (in addition to the gargantuan response to the Super Bowl, sports games do well regularly, as do award ceremonies), reality shows (The Bachelor, The Voice, Dancing With The Stars), or plot-twisting dramas (Scandal, Game of Thrones, Walking Dead).

These programs are best consumed in the moment and knowing that everyone else will be watching at the same time to react certainly helps their social media appeal. There’s a lot less value in tweeting about Miley‘s twerking after the fact.

Comedies don’t trend nearly as well, as they are designed to be more evergreen (hello, syndication), explaining why top-rated shows like Big Bang Theory and Modern Family rarely (if ever) make the top 10 for Nielsen’s Twitter ratings chart.

Unsurprisingly, shows that skew younger tend to score more tweets, explaining how Pretty Little Liars and MTV’s Teen Wolf can regularly land in the top 10—even though they’re on cable. The younger generations grew up broadcasting their lives online and are the more readily to incorporate new technologies into their social habits.

The phrase “the second screen” is used to describe watching television while interacting with another device, be it a smartphone, tablet, or computer. The fact that there isn’t an absolute match in ratings between those only using one screen and those with two shouldn’t be a reason to dismiss Twitter response. A study from Nielsen and SocialGuide suggests that Twitter is a “top-three influencer” with regards to TV ratings.

The introduction of the Twitter ratings chart is an admission by Nielsen that there is a gap in its reporting on television viewership. While Nielsen families, those chosen to have a box that records their viewing habits, only roughly approximate what the American public watches, Twitter allows for a fuller count: Every single tweet can be counted.

In addition, the volume of tweets can help signal the level of engagement of the audience, something that bodes well for shows with fervent but small fan bases—such as Community and The Mindy Project.

Whereas fans once attempted to save their favorite shows from cancellation by inundating studios with symbolically relevant items (bottles of Tabasco sauce helped save the show Roswell), now they can demonstrate support from the get go via social media. Television networks are slowly—too slowly—catching up to all this available data and the sooner they can make sense of it the better. After all, strategic use of data was what helped Netflix become the juggernaut it is today.

Of course, there’s a potential downside. The incentive to create programming that overly caters to Twitter could lead to more shows that aim to create knee-jerk reactions, a series of sharable moments that ultimately don’t add up to much.

There’s a great running gag on the reality show RuPaul’s Drag Race where every segment is given a hashtag, every moment is available to favorite, like, retweet, and whatnot—a wink to the craven side of sharable programming.

If a viewer’s reaction isn’t traceable, quantifiable, does it exist at all? Perhaps that’s the pound of flesh we as viewers will have to pay: Television used to be content enough broadcasting into our living rooms. Now it demands broadcasting back.

Jaime Woo is a Toronto-based writer with a focus on the intersection between technology and culture. His book “Meet Grindr: How One App Changed How We Connect” was published in 2013 and is a finalist for the 2014 Lambda Literary awards.