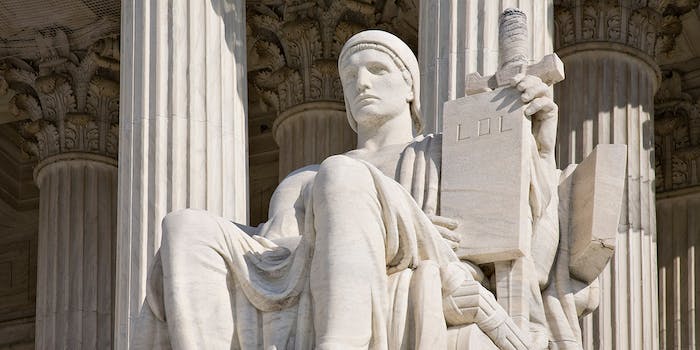 Internet lawyer finally drops his legal battle against The Oatmeal

Charles Carreon, the lawyer who tried to sue webcomic The Oatmeal for making fun of a site that republished Oatmeal comics, has finally quit the extended legal fight.

He was, you may recall, the lawyer who initially represented theoretically-humorous image hosting site FunnyJunk against Oatmeal creator Matthew Inman. In 2011, Inman wrote a blog post condemning FunnyJunk for republishing his cartoons. A year later, Carreon sent him a letter: take down that defaming post, or we’re suing you for $20,000.

Of course, that suit didn’t have a lot of legs, and it culminated with Inman refusing, raising $220,000 for charity, and drawing a cartoon of Carreon’s mother loving a bear.

Meanwhile, a second humorist named Christopher Recouvreur started up a blog and Twitter account called Satirical Charles, which parodied Carreon’s mishaps. After failing to beat Inman, Carreon threatened Recouvreur with a libel suit. The two then wrangled in court, and Carreon ended up owing the third-party parodist $46,100 in damages.

But finally, on Tuesday, Carreon conceded total defeat, and quit trying to appeal the judgment.

In a Thursday interview with Ars Technica, Carreon seemed to finally realize the folly of publicly challenging a beloved online cartoonist on behalf of a site that republishes his work.

“This is not a problem that is soluble with a legal cease-and-desist letter, or a counter cease-and-desist letter. I would not have sent that and I really reassess the decision thoroughly. It was not a good idea,” he told Ars. He also noted that Oatmeal fans ended up plastering his books with one-star reviews on Amazon.

But life’s not all bad for Carreon now. According to his website, his law practice is open for business, and he’s got one of the top 5% viewed profiles on LinkedIn.