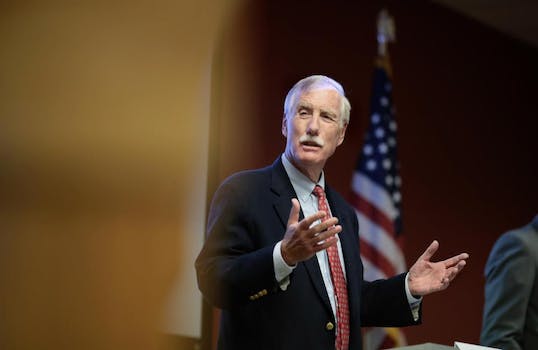 Senator Angus King: “The next Pearl Harbor will be online”

King, an independent elected in 2012, says the United States is at serious risk.

In an interview with the Portland Press Herald, Maine U.S. senator Angus King, an independent elected in 2012, says the United States is at risk to cyberattack. The warning comes just days after hackers disabled 30,000 computers in South Korea.

King is a member of both the Intelligence and Armed Services committees. Prior to going to Washington, D.C., he was a popular two-term governor.

“Every hearing I’ve been in this spring, the top national security people have said that the next Pearl Harbor is going to be cyber,” he told the paper’s editorial board. “That’s the most serious and immediate threat we face and it’s happening now.”

The senator continued, saying a cyberattack could affect gas pipelines, power grids, and banking systems. These worries, along with threats from North Korea, are the things that keeps him awake at night, he told the paper.

While a cyberattack in the United States may still be a far-off concept to some, its a very real worry in South Korea. On March 20, a major cyberattack paralyzed the computer systems of three major banks and two of the largest broadcasters. Unfortunately for South Korea, cybercrimes have become an annual issue. The country suffers from one every year since 2009. The government is even considering creating a new Cyber Security Secretary position to fight such attacks.

As of early April, it was still too early to know exactly where the attack came from, although some believed North Korea was behind it. Initial results from an official investigation say that originating IP address came from within South Korea.