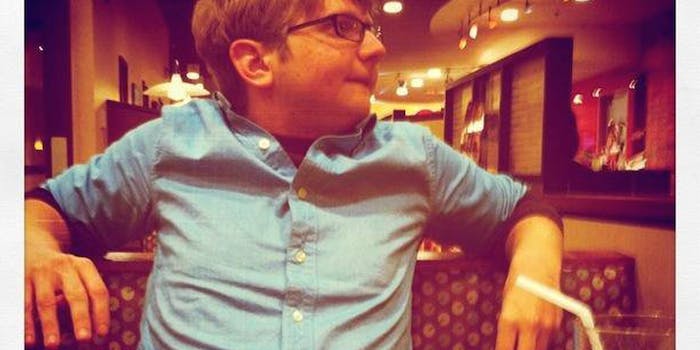 Some say Facebook could become an addiction. Jordan hates that thought.

Another day, another article about how Facebook is ruining your life.

We’ve previously learned that Facebook makes us sad (but maybe not?), talking about alcohol on Facebook increases your chance of drinking (without that fun, drunk feeling), and, worst of all, Facebook is turning you into a lonely, narcissistic human being and you should just kill yourself.

But today’s new study about how Facebook is ruining your life more than your weekly habit of eating Chili’s chicken crispers while simultaneously live-tweeting an episode of Mob Wives, is the most annoying—and worst—study yet.

I present you with “How to Tell if You’re Addicted to Facebook” because my addiction is reading horrible studies about Facebook. I guess you can never stop over-analyzing a website that’s sole purpose is to host high-resolution pictures for free and creep on your fat friends from high school.

So, some socialist Norwegians decided to ruin your totally casual Facebook visits by labeling it as a sickness. They found that young people are annoying about two things: A) they will never get off your lawn and B) they’re more likely than the olds to become addicted to Facebook.

The probably-blonde-and-glasses-wearing researchers also discovered that “anxious and socially insecure” people use Facebook more and that women are “more at risk” of developing an addiction to Mark Zuckerberg’s center for pain, embarrassment, and oversharing.

But at least they threw in a very scientific and accurate quiz for you to print off and do at home. There are six warning signs that you rank yourself on from one to five points. One being “very rarely” (you’re riding the chillwaves and nothing bothers you, bro) and five being “very often” (how’s that one-way ticket on the hot mess express?).

The criteria are listed below with my thoughts in italic because I know you care what I think:

Yep, mainly because I need constant approval on my statuses and dog-related memes that I post on my friends walls. I am a Millennial, after all. Let’s say a four.

You feel an urge to use Facebook more and more.

I always have Facebook open in one of my tabs so I can’t really crave it “more and more.” So, a one.

You use Facebook in order to forget about your personal problems.

So judgey, you Norwegians. But doesn’t using Facebook enforce the fact that you have personal problems since your friends are checking in at a bar while you’re not? Oh God, now I am becoming anxious and socially insecure. Giving this a four.

You have tried cut down on the use of Facebook without success.

Not really because I don’t have a problem and what else is there to do online? I have tried to cut down eating carbs, though. Hm, I’ll give this a two.

You become restless or troubled if you are prohibited from using Facebook.

Feeling restless or troubled are two traits one feels at IKEA, not for going a few hours without stalking Facebook. But a whole day? I might cry, so a four.

You use Facebook so much that it has had a negative impact on your job/studies.

You’re lying if you don’t give this a five. It’s really amazing I graduated from college and can hold a job. I mean, that’s why this article took so long to write. So many people to stalk!

Oh shit, I might be a little “addicted” to Facebook but I feel like it could be worse? At least it’s not like I’m addicted to an abomination like the Olive Garden or, woof, any show on TLC that isn’t Say Yes to the Dress.

Whatever, if you scored similar to or higher than me, it’s fine. You’re doing God’s work by pointing out your friends’ flaws, proving how hip you are by connecting your Spotify playlist to Facebook, and liking National Journal to appear smart. At the end of the day, it’s a website. Let’s not lay on some super important analysis and pretend it’s actually affecting you.