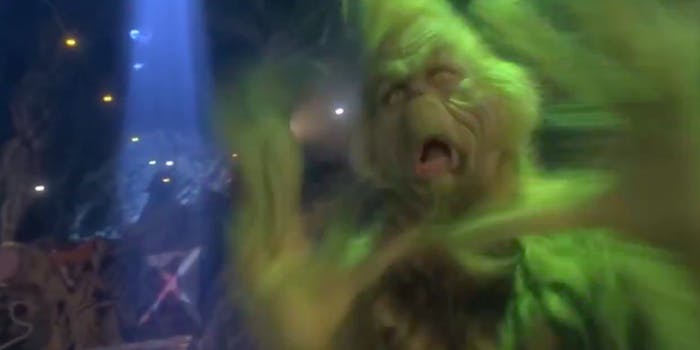 The ‘Grinch’ meme is all of us this holiday season

Get into the spirit.

Just in time for Christmas, there’s a Grinch meme to get us in the holiday spirit. Last week, a 4-second clip from the 2000 film How the Grinch Stole Christmas went viral on Twitter and quickly became the holiday meme we all need. In the clip, the Grinch is flailing his arms and making a “bleh” sound, which is obviously incredibly relatable.

One person used it to describe how any dog reacts when you walk by.

Another person said it’s exactly what they look like when filming music videos by themselves at 3 a.m.

“How your mom be when you forget to do the chores she asked you to,” someone else tweeted.

What people look like when they want to make baby laugh😂😂😂 https://t.co/QcgWBTkE66