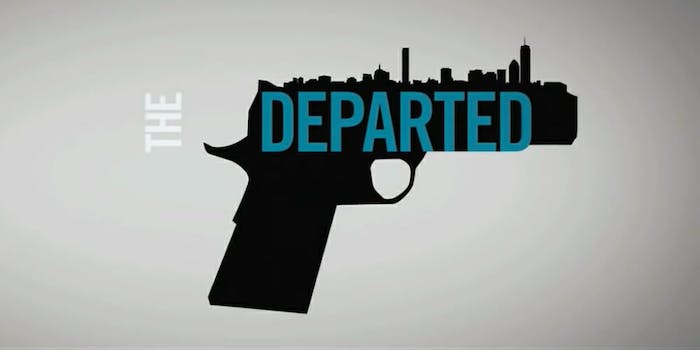 Warner Bros. ends Kickstarter to remove rat from ‘The Departed’

A man’s mission to remove a rat seen at the end of the film Departed, has come to an abrupt halt, according to the Verge. Adam Sacks created a Kickstarter campaign to digitally remove the rodent from the big screen, but Warner Bros. issued a takedown request on Monday and ended the project.

“The Departed has one huge problem. The movie ends with the painfully on the nose metaphor of an ACTUAL RAT crawling across screen,” Sacks wrote in his campaign. “It’s always bothered me that a movie as good as The Departed has such a cheesy ending, and I recently realized it could be fixed by digitally erasing the rat from the last shot.”

“This campaign is to digitally remove a rat from the end of our motion picture, and is promising to distribute the edited footage upon completion, which violates our copyright in this film,” the request states.

Sacks had acknowledged the risks of his “ambitious project” when he asked for $4,000 to complete the project.

“If I don’t receive a cease and desist letter and hit $4,000 it will happen,” he wrote. “So please give me money so that together we can digitally erase the rat from the end of The Departed.”

Sacks had also acknowledged the film’s copyright laws and detailed how he was going to try to get around the laws.

“I cannot sell any of these Blu-ray copies, because even though it’s obviously a far better version of The Departed, I do not own the rights to the movie,” he wrote. “So, if you’d like to receive one of the 50 limited edition copies, you’ll have to contribute $70 or more. This will allow me to buy you a legal Blu-ray of The Departed, throw that disc away, replace it with my superior version, and mail it to you.”

After the news of the takedown request broke, Sacks wrote a very optimistic letter to those following his rat removal journey.

“I’d like to thank everyone who supported my dream and everyone who called me an idiot,” he wrote in screenshots posted to Twitter. “If there is a silver lining here…  It’s that maybe all this online controversy about the rat will convince Warner Brothers to release a 4K Blu-Ray of The Departed. And maybe, just maybe, they will include an alternate rat-less ending. I’m fairly confident it would make them at least an additional $4,000 dollars.”

I have some sad news. pic.twitter.com/vHgL5C37SE