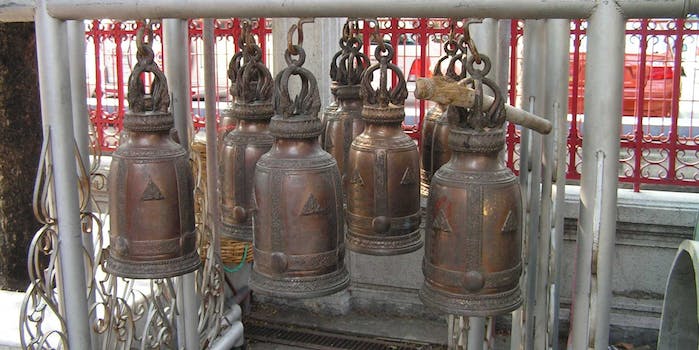 There are some musical instruments that appeal intensely to a dog‘s spirit. Bagpipes are an obvious choice, because they already sound kind of like a howling animal. But this video proves that dogs also have an unexpected affinity for Thai temple bells.

This dog in Chiang Mai, Thailand, happily sings along with some nearby bells. How… beautiful?

Unlike with the bagpipes, we’re not sure if a howling dog really improves the overall effect.

Photo via Greudlin/Wikimedia Commons (CC BY 2.0)