Ending your texts with periods is a social sin, according to science

Do you end your text messages with periods? Well, that’s probably why you have no friends, according to a new study published in Computers and Human Behavior.

Researchers showed college students examples of text conversations presented on a phone and through hand-written notes and found that kids rated phone-based sentences that ended in periods as less sincere than those that didn’t. They didn’t note the same effect in hand-written notes.

The researchers suggested that a lack of sincerity could indicate a number of possible ways people read into punctuation in texts.

“In short, our data indicate that people are able to include in their texts the types of non-verbal cues that are present in face-to-face communication,” the study’s authors wrote. 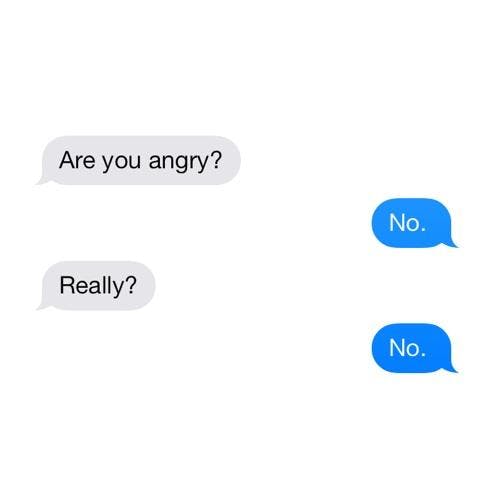 Language is mutable, so it’s not surprising that it would evolve in the context of texting, the Washington Post pointed out. Humans—with the ironic exception of sticklers for grammar, in this case—are exceptionally good at communicating with each other. Period.