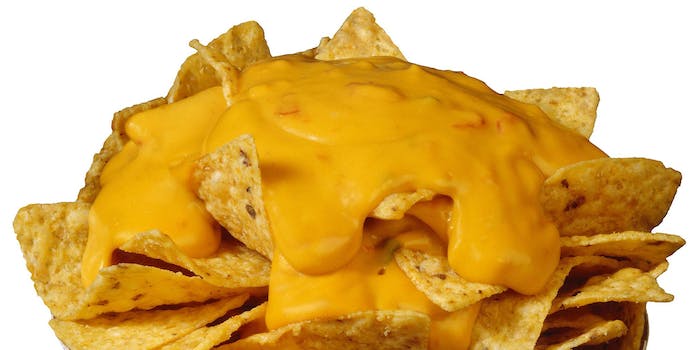 Nachos are the only winner in this insane Texas taqueria brawl

El Paisano is a beloved taqueria located in East Dallas. Customers praise the place for its fiery green salsa and fresh chips. The quality of the cuisine and the fast service is also apparently enough to go to war over.

Local affiliate Fox4 reports that a chips-and-salsa-related scuffle erupted at the taqueria last Saturday. Video footage from happy customer Isael Rojas has since gone viral, with over 2 million people tuning in to watch Mexican-food enthusiasts trash their favorite restaurant.

Perhaps the most horrifying aspect of this footage, aside from the human carnage and broken chairs, is the true cost of picking a fight at a taco shop. As the brawl progresses, nachos face perilous consequences from rowdy people shoving tables out of the way with little regard for the winning combination of queso and chips.

The 5-and-a-half minute video doesn’t end in the taqueria but rather spills out into the front of El Paisano. Insults are lobbed, men are temporarily restrained to no avail. All that’s missing is the plaintive bellows of “WORLDSTAAAAAR” echoing to the heavens.

“Damn, they fucked this place up!” a witness marvels off-camera as a firetruck pulls into the parking lot. There’s not much to attend to, save for the ravaged tortilla chips and dollops of queso dotting the floor.

Just when you think every nacho tray out there has met its maker, the video ends with an obscured shot of a table in the righthand corner of El Paisano.

Sitting atop its untouched surface? Nachos, the true champion of this fight.