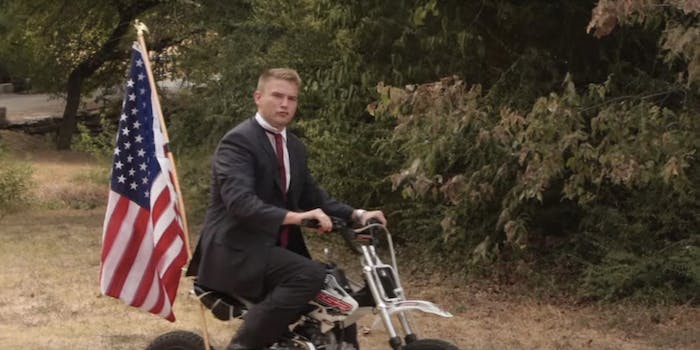 Texas defense lawyer’s commercial is a hilarious frenzy of justice

You're gonna want this guy on your side.

Bryan Wilson may not be Elle Woods, but he is the Texas Law Hawk, and he’ll use his talons of justice to protect you from shady cops.

The defense lawyer, based in Fort Worth, Texas, goes hyper-bro in his ads. Between crashing through walls and popping wheelies on a motorcycle, Wilson highlights your rights in sticky legal situations—being asked to blow into a breathalyzer, for example. Dig his ridiculously amped-up aesthetic:

If you aren’t completely sold on having Wilson defend you in court, maybe his other Texas Law Hawk commercial will persuade you.

He also has a five-star rating (and another sweet hawk photo) on Facebook. So what are you waiting for? Get out there and commit a crime.