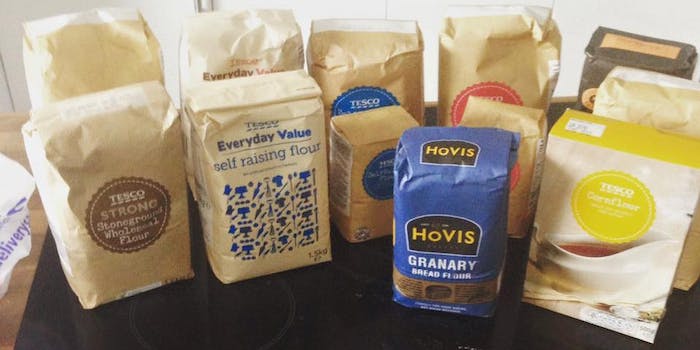 That probably wasn’t what she meant.

One Tesco store baked up quite the twist after a woman asked her boyfriend for flowers.

Page-Ellen Williams had requested a floral arrangement, as many significant others do, so she was surprised when a deliveryman from Tesco came to her front door with a dozen packages of flour instead. She took them in after the deliveryman talked with her boyfriend, who insisted the items were not ordered by mistake.

Tesco, perhaps amused by the story, sent her a baking recipe book so she could put all of that flour to good use. Although the gesture seemed to be something straight out of Stranger Than Fiction, Williams posted a screenshot of her boyfriend asking if anyone wanted the flour, showing it might’ve just been a simple mistake. 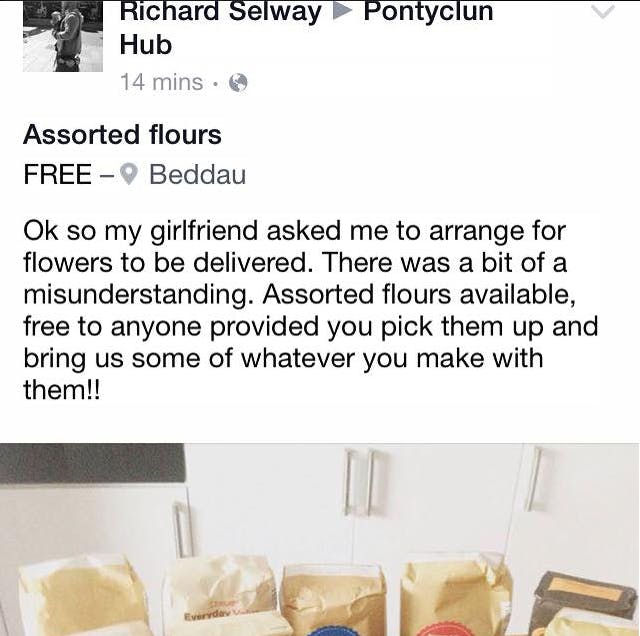 Next time, maybe asking for roses might work a little better.