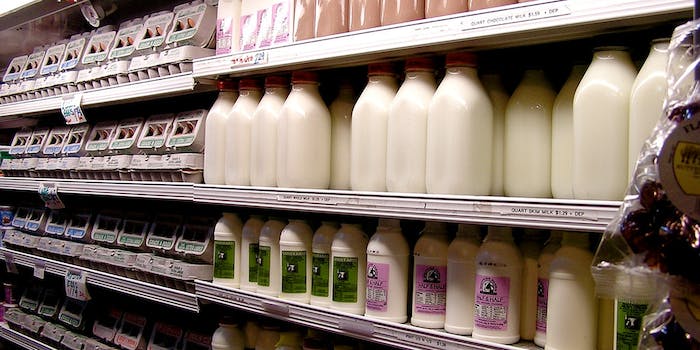 Thanks to a design gaffe, the U.K. supermarket chain new buttermilk logo looks exactly like a… well, you’ll see.

Frosted Flakes has Tony the Tiger. Quaker Oats has the Quaker Man. Now, the U.K.-based supermarket chain Tesco is proud to introduce the new mascot for its line of branded buttermilk: a giant, wiggling penis. 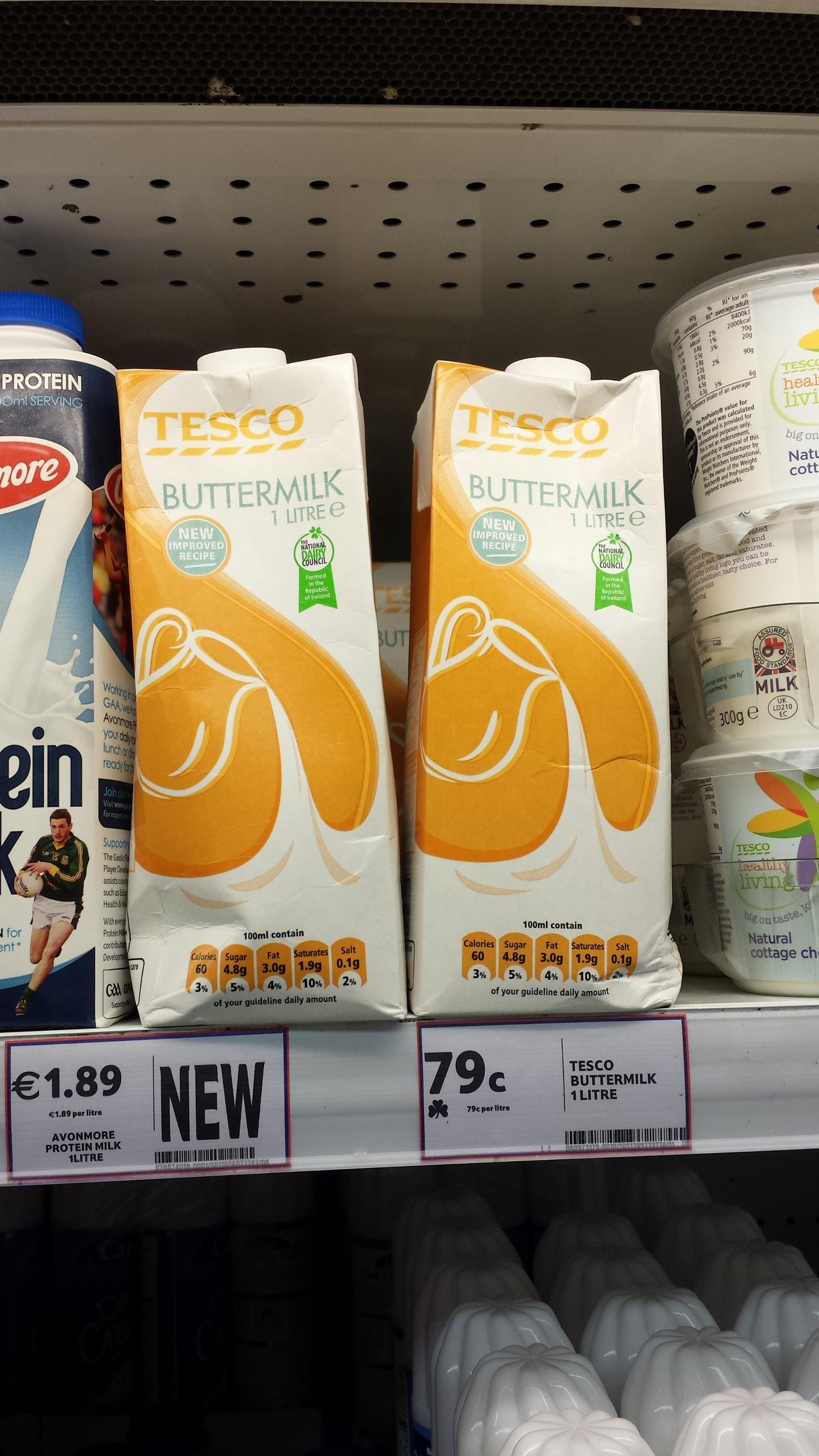 Initially spotted by an eagle-eyed redditor on the shelves of an Irish supermarket last weekend, the image is on a carton of branded Tesco buttermilk, which is currently being sold on the grocery chain’s website. It’s unclear what, exactly, the design on the carton is actually intended to be—an arm? A cow’s udder? A sideways drawing of a python after eating a Williams-Sonoma pitcher?—but ultimately it doesn’t matter, because any way you look at it, you’re staring at a flaccid, bulbous Muppet dong.

Unsurprisingly, Twitter is having a ball (or two) with Tesco’s design snafu, not to mention the unlimited opportunities it posed for (ugh) “milking” puns:

Who signed off on this artwork for This Tesco Buttermilk?! pic.twitter.com/jWQUXkckXi

There’s no guessing where Tesco Buttermilk comes from… pic.twitter.com/ngJNGeuDwA

Bit of a dodgy design on the new @Tesco Buttermilk collection 🙈 pic.twitter.com/gKKQ05UgI1

@garwboy ♫ My tesco milkshake brings all the gals to the… ♬ Er, no, perhaps not. pic.twitter.com/0kmRC4toUl