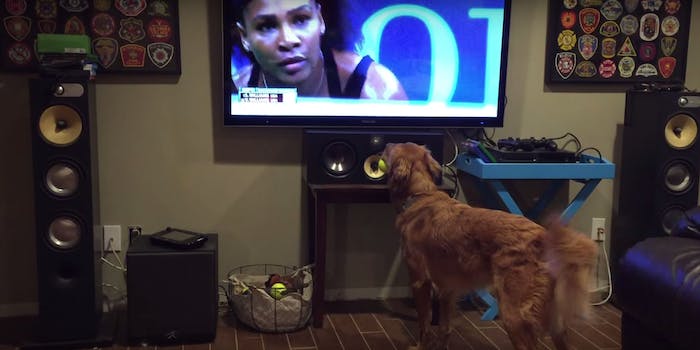 Serena and Venus Williams had tennis fans glued to their TV screens during this year’s U.S. Open, and among those fans was at least one very excitable dog.

YouTube user Bearaids posted this cute video of George the dog watching the Williams-vs.-Williams match on Tuesday, jumping and barking along as the ball bounced back and forth. Oh, and he spent most of the time clutching a tennis ball in his mouth.

Someone should introduce him to the tennis-playing dog from last week. They’d totally get along.