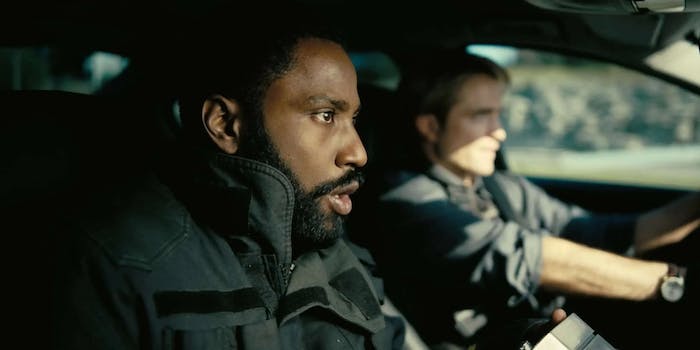 ‘Tenet’ may mark the end of worldwide release dates

'Tenet' will probably come out overseas before it reaches the U.S.

Now postponed indefinitely, Christopher Nolan’s Tenet will probably be released overseas before it comes out in the U.S.

According to Warner Bros. sources in the Hollywood Reporter, the studio is considering this solution as coronavirus cases continue to rise in the U.S. The original plan was to delay Tenet‘s worldwide release date from July to August (and possibly beyond), but it soon became clear this wasn’t a viable option. It was ethically unwise to encourage audiences back into theaters during a pandemic, and financially the studio just couldn’t hope to make a profit if Tenet screened in mostly-empty theaters. As of now, the film has no official release date.

In recent weeks Warner Bros.’ attitude to Tenet was increasingly controversial, as the studio’s release plan seemed totally at odds with public safety concerns. Nolan and Warner Bros. appeared to be more worried about financial losses to the film distribution chain. Considering Nolan’s attachment to the traditional big-screen cinema experience, a VOD release was vanishingly unlikely. The new plan involves releasing Tenet in European and Asian countries first and waiting until a later date for U.S. theaters.

Hollywood Reporter‘s report suggests a new release schedule where Tenet comes out in late August internationally and may arrive in the U.S. in September—possibly just in select cities. This could test a new model for international blockbuster releases, allowing for more flexibility as individual countries or cities go in and out of lockdown.

Online piracy is another obvious concern here, especially for a high-profile film like Tenet. American audiences are used to being able to see Hollywood blockbusters on opening night, with spoilers appearing almost immediately on social media. If films like Tenet come out weeks or months beforehand overseas, it’s easy to imagine the typical opening night audience turning to piracy instead.