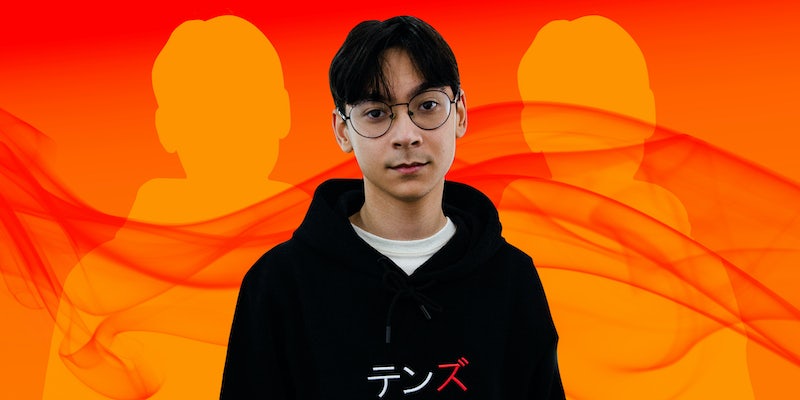 ‘Get an agent or someone similar who knows what they are doing to look over it.’

Ngo is massively popular on Twitch, where he has over 3.2 million followers. He has an additional 5 million cumulative followers across Twitter, YouTube, TikTok, Instagram, Facebook, and Discord. In 2021, Ngo took a break from professional play to focus on developing as a creator. In 2022, Ngo returned to both professional gaming and content creation.

Ten Z has partnered with a number of high-profile brands, including GFuel, Crunchyroll, Finalmouse, and Xtrfy. Ngo, also known for his passion for manga and anime, recently partnered with merchandising Warren James to create a limited edition product line, known as “Project T,” featuring an 11-page manga and a stylish line of clothing. In July 2022, Ngo also worked on a limited edition product launch with Finalmouse, a company that manufactures gaming mice, to release a new wireless mouse called Starlight-12 in a campaign that earned over $7 million in revenue, according to Dextero.

Ngo is signed to a professional Valorant team Sentinels, although his contract will expire at the end of 2022. In an interview with Passionfruit, Ngo shared advice for reviewing contracts, picking apparel designs, and more.

The following interview has been edited and condensed for clarity.

After deciding to step down from competitive play temporarily, you said that you wanted to see if being a creator was something you truly wanted to pursue. During your time away, what did you learn about being a creator?

I basically learned in that period of time that I am not ready to stop yet. I still want to compete and I want to win.

Having switched from CS:GO to Valorant, how do you feel like the games’ online communities are different?

My opinion between the communities of CS:GO and Valorant I would say Valorant’s community just feels more welcoming and definitely has a much larger casual player base. CS:GO has super die-hard fans that can be quite expressive about their opinions which is probably why people see that community as being more toxic, but I do think Valorant isn’t free from toxicity as well.

What have been some of the best ways you’ve been able to engage with fans?

Things that stand out to me with fans are when I meet someone and they genuinely say that they appreciate what I am doing and will be cheering for me, or if they say I am an inspiration to them.

What led to your decision to join Sentinels?

Looking at the roster of the new Sentinels team I trust the system that the coaches have in place now and want to see how it feels to play in a structured environment. The players are all amazing players and I hope we can do some damage in the upcoming VCT [Valorant Champions Tour] season.

Do you have advice for other young gamers and creators looking over contracts and wanting to make the best move for their careers?

When it comes to contracts I would want the younger generation to get an agent or someone similar who knows what they are doing to look over it. This is huge, especially for someone who is signing their first contract with a big organization. Learn from the mistakes of others and not from your own mistakes.

Why did you choose to partner with Warren James for “Project T” and your recent merch drop?

Warren James had really good high-quality products initially when I was first reviewing my options. After one meeting with them, I just knew it was a perfect fit. The recent merch drop went super well but just wait and see what else we have in store later because the future drops are something I am super excited about.

As someone known for gaming, why did you choose to pursue manga?

I simply just love anime, I grew up watching anime and I know it’s something I will keep doing for the rest of my life. I am super passionate about a few things but when it comes to anime I could talk about it forever.

How did you land on the designs for your merch?

For the first initial merch drop, I wanted something a lot simpler and cleaner and didn’t want it to just be branded “TenZ” all over so people wearing it didn’t feel like a walking billboard.

What are some of your aspirations as a creator?

For me, I just want to keep going with the flow and see where that takes me. One personal dream of mine is I wanted to get really into designing mouse shapes and mousepads, maybe one day I can make it a reality, but my partnership with Finalmouse was a super awesome experience and something I can look at as the stepping stone for the future.

Are you a professional content creator? Email [email protected] for a chance to be featured in an upcoming newsletter.