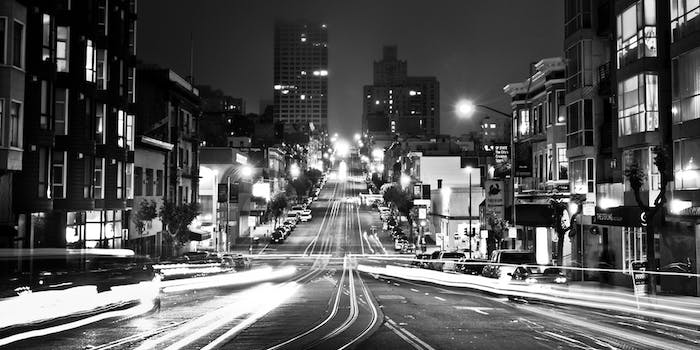 Teens are taking over Silicon Valley, but they're not looking for community. They're looking for a job.

Every day, teens from all over the country—and the world—arrive in San Francisco seeking a better life. Many are high school dropouts frustrated with their home lives, hoping they’ll be able to establish a new community for themselves in a city famed for its diversity and colorful inhabitants. San Francisco is famous as a city that enables people to discover who they are in a place where they won’t be judged.

But we’re not talking about queer youth: We’re talking about the kids of Silicon Valley, how some of the region’s best and brightest entrepreneurs are teens and people in their early 20s, living the Mark Zuckerberg dream.

Moving to San Francisco used to be about a quest for identity and a chance to live in a place where diverse identities are embraced, rather than persecuted. It’s been a bastion of queer culture since long before the 1970s, when the Castro—formerly a primarily working class Latino neighborhood—became the epicenter of a growing gay community.

Today, however, that’s changing. For many, moving to San Francisco, or the Bay Area at large, is no longer about finding yourself. It’s about chasing Silicon Valley’s gold, and for a lucky some, it’s proving highly profitable. The changes to the Bay Area, however, aren’t so gentle; the region is becoming more homogeneous and its culture is radically changing. To live in San Francisco, people need to be wealthy, and that’s squeezing out some of the community’s most diverse inhabitants.

The brewing war between Silicon Valley and The Rest is a complicated subject, though at times simplistic accusations of profiteering tech firms fly. The industry is certainly contributing to the city’s gaping financial disparities as well-heeled programmers and executives drive rents up, demand neighborhood improvements that often squeeze out former residents, and change the environment of the city with their own cultural and social expectations. Much as the tech bubble of the late 1990s changed the face of the city, the current explosion in the industry is also having an effect on the fabric of San Francisco’s identity, from its streets to its high rises.

The plight of the Castro is perhaps one of the most stark illustrations of the cultural shifts in San Francisco, as it represents not just the changes brought about by the tech industry, but larger trends in the city. A once diverse neighborhood in the city is dismissed today as the playground of middle-aged white gay men, a far cry from its lively prior days.

In The Castro, a documentary film produced in 2009 for KQED, one interview subject noted: “The Castro is like a mirage. On the surface it’s supposed to be one thing, but in reality, it’s something else. It’s supposed to be a gay Mecca, but when you get there it’s a commercial strip and houses.” Her view of one of the city’s most famous neighborhoods isn’t an isolated opinion.

“Thousands of other young queers have run away to San Francisco, but they still face daunting statistics once they arrive. Our city by the Bay has long been assumed a safe haven for the gays,” writes Mia Tumutch at the San Francisco Bay Guardian about her own experiences as a trans teen arriving in a city she thought would welcome her. What she found was a city with a skyrocketing homelessness rate for LGBTQ teens and a sea of disappointment among queer youth.

One of her sources explained, “My queer friends are leaving the city because they feel run out of the Castro.” The queer experience in the city was never easy, even in the heart of San Francisco’s most iconic neighborhood, but it’s become something very different today. Earnest youth still descend upon the city, but what they’re finding isn’t the utopia they were promised.

At Think Progress, Sacha Feinman writes about the plight of the city’s homeless youth—and elders:

San Francisco occupies a sacrosanct place in the LGBTQ community the world over. Long before its current association as the global capital of tech and startups, this was a place where the LGBTQ community could gather and live an open and accepted life. For many people like Olivia, this promise is allure enough to justify living on the streets, which is borne out by the ugly statistics.

Feinman cuts to one of the key components of the problem: Ellis Act evictions, an extremely controversial practice in a city already bubbling with culture and class resentments. Such evictions allow property owners to dodge rent control laws that once kept the city affordable. Critics argue that they’re being abused in communities like the Castro and the Mission to push local communities out in favor of installing more profitable housing—for the tech community.

Consequently, San Francisco’s rents are exploding, with average rents actually exceeding those in Manhattan, long considered one of the most expensive places to live in the United States. Those high rents are why developers are flocking to the city, and they’re a big part of the city’s changing cultural landscape. One of the reasons for those rents, San Francisco argues, is the rise of Airbnb, but another is the tech industry, which is creeping up the Peninsula and into the city’s heart, with SoMa being one of the city’s trendiest neighborhoods for startups.

And it’s not just pushing people out—it’s also forcing them on the streets. In a stark look on homelessness in the city at Vox, Tracey Lien describes an aching scene:

Most nights, he’d look out the window of his car and watch as SoMA transformed bit by bit. A few years earlier, the area was home to warehouses and working class homes. Now, new buildings were popping up every week. Things were looking cleaner, sharper, more expensive. Tired as he was, he couldn’t help but keep an eye on the change. San Francisco was his city, after all. He saw the progress made on the new Salesforce building, a tower that will exceed 1,200 feet on completion.

In stark contrast to this reality, the growth of the tech industry is catnip to those seeking to make their fortunes, and the demographic is skewing increasingly younger. Today, the same youth who might have arrived in San Francisco to find a community to call their own a decade about are moving to the city for a far cruder reason: to make money. Why bother with a traditional education when hundreds of thousands of dollars are waiting for you every year?

In the startup community, the people behind the helm are young enough to be the interns of a generation before, and sometimes even younger; many aren’t even able to drink, and some can’t even vote. The result is a strange culture of youthful enthusiasm paired with cutthroat business acuity: The “real teenagers of Silicon Valley,” as Nellie Bowles calls them at California Sunday magazine, aren’t running lemonade stands.

Their contributions to the cultural shifts in the city, though, are troubling. San Francisco’s fame as a free-wheeling place filled with adventurous and innovative people is changing, as many of those people can’t afford to live there. The arts are being pushed out along with low-income people, and even those with well-paying full time jobs are lining up for help at homeless shelters.

This is the new face of San Francisco, a city that once offered endless possibilities and optimism, and now seems limited to a select few. The teens of the tech industry aren’t the problem, but they are an odd emblem of what has become of the city, where money is becoming the most important thing for residents who once cared more about finding their community, not just seeking their fortune.

Photo via Roberto_Ventre/Flickr (CC BY SA 2.0)